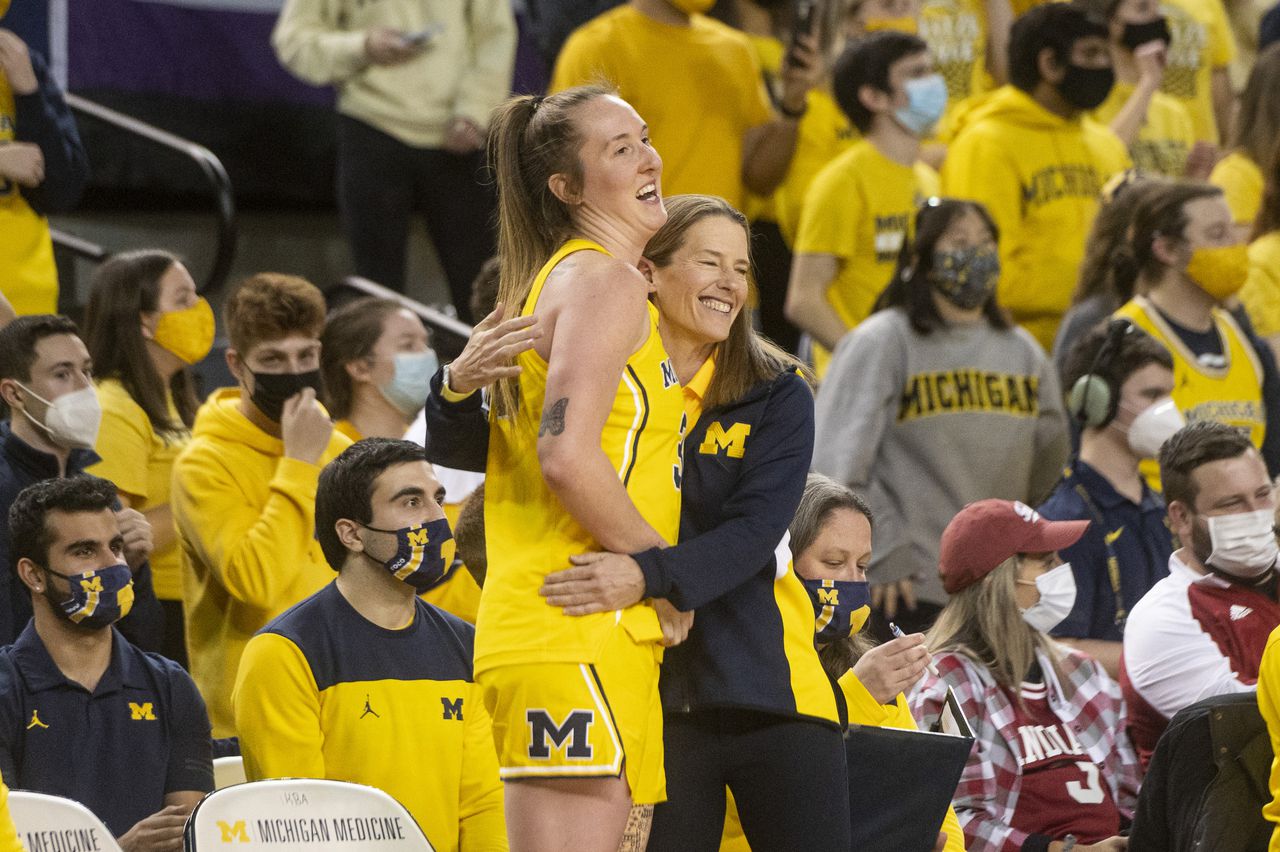 The Michigan State women’s basketball team fell just short of a Big Ten title last season. Voters in this year’s preseason league polls expect the Wolverines to be back in the mix.

The Big Ten announced the results of its polls on Wednesday (Oct. 5), with Michigan ranked fifth in the coaches poll. The league only asked coaches and the media to rank the top five teams. Michigan was not included in the media rankings.

Iowa and Ohio State shared the regular season title last season with 14-4 conference records. Both the coaches and the media picked the Hawkeyes to repeat, an easy choice considering they return all five starters, including reigning Big Ten Player of the Year Kaitlin Clark. Ohio State was second in the coaches poll and third in the media, while Indiana finished second/third. Maryland was fourth in both polls and Nebraska was fifth in the media poll.

Michigan went 13-4 in the Big Ten last season and hit its stride game against last-place Illinois is canceled due to bad weather. Maryland also went 13-4 and didn’t play Illinois.

Brown, who is in his fifth year, was a top-10 pick for the preseason Big Ten. All 10 players were agreed upon by the coaches and media: Indiana’s Brown, Grace Berger and Mackenzie Holmes, Iowa’s Clark and Monica Chinano, Maryland’s Diamond Miller, Nebraska’s Alexis Markowski, Ohio State’s Taylor Mikesell and Jaycee Sheldon and Pennsylvania’s Makena Marisa.

Clarke, predictably, won the preseason player of the year.

In true list form, here are the results of the Big Ten women’s basketball preseason awards: