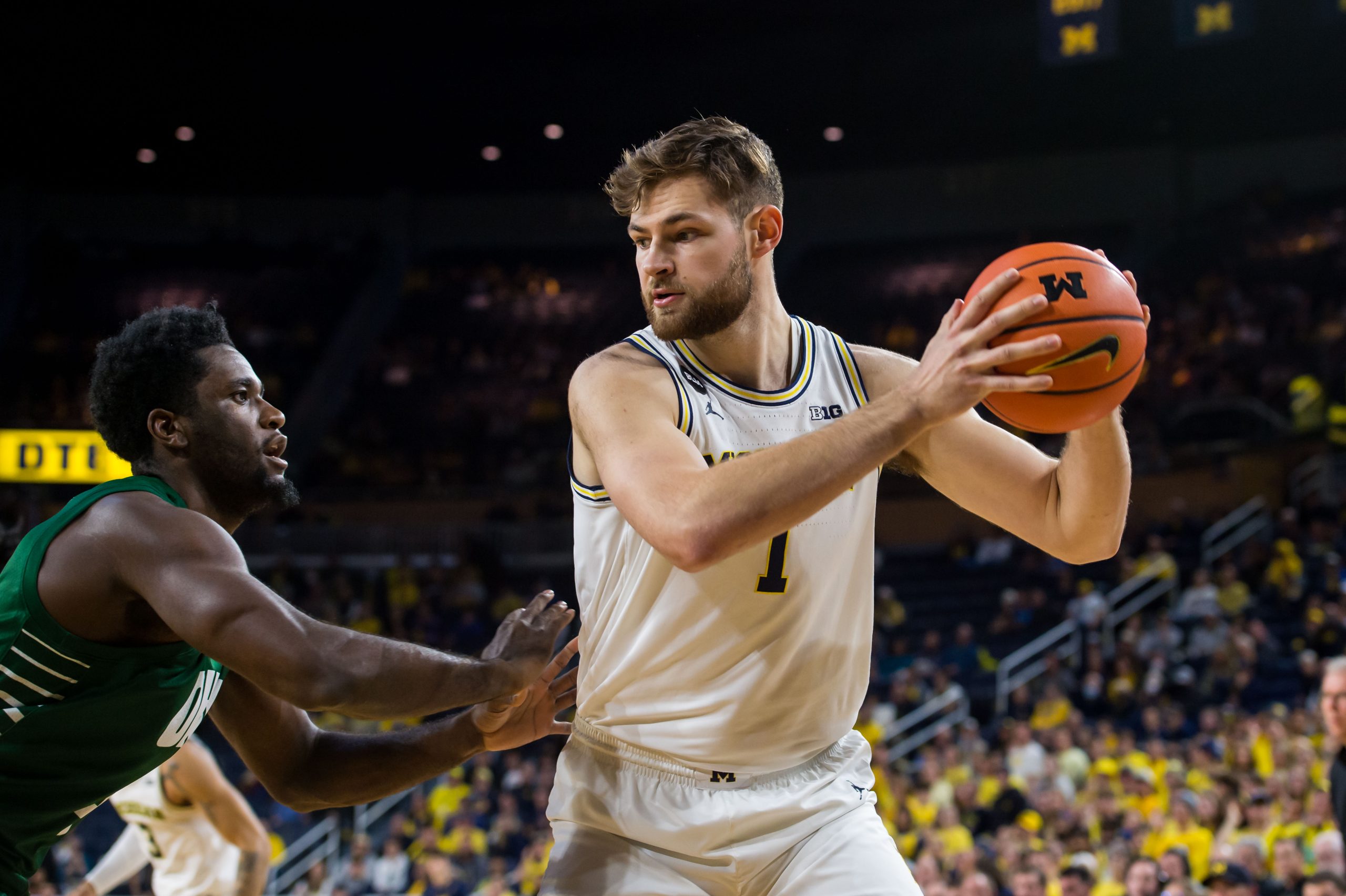 It looked easy on paper.

This game, this first stretch of games, this first season for the No. 20 Michigan men’s basketball team. But basketball isn’t played on paper, it’s on the hardwood — and if it wasn’t already obvious, Ohio reminded the Wolverines of that.

For starters, the Wolverines simply couldn’t find the basket, missing a flurry of 3-pointers and lacking efficiency in the half court. They failed to look good and often did not have a quality look that they stumbled upon.

Meanwhile, Ohio seemed comfortable to begin with. Leading by as many as nine points in the first half, the Bobcats broke the lid on second-chance points and ran the court, losing turnovers before finding a rhythm from deep and opening up space on the floor.

Time and time again, it looked like Ohio was on the verge of putting Michigan out of the game before halftime, but junior center Hunter Dickinson had other ideas.

With his team — and especially the rest of the starting five — faltering, Dickinson took it upon himself to revive the Wolverines. He led a 15-4 Michigan run in the final four minutes of the half, scoring 12 points in that stretch, including three in transition, to give the Wolverines a 33-31 lead early in the second half.

However, this momentum did not last after the break. The Bobcats used a pair of 3-pointers from forward Ben Roderick and a fundamental play in the post to erase Michigan’s six-point lead, flipping the script and jumping out to a 57-50 lead with six minutes left in the contest.

This play was a combination of positioning by Ohio and ineptitude on the part of the Wolverines. On multiple occasions, Bobcat players snuck behind Michigan’s defense, leading to both easy hits and trips to the charity stripe.

But those tough shots were never enough to really break away and the game went down to the wire. A three-pointer by freshman Jett Howard closed the gap and sophomore guard Coby Bufkin tied the score at 61 with a minute left.

And while Bufkin looked like a hero after he was fouled on a rebound and then sank two free throws with two seconds left to put the Wolverines up 63-61, the Bobcats also showed some heroism.

A full-court inbounds pass clattered off the rim, and after a few fumbles and a missed layup, Ohio forward Dwight Wilson III put it in at the buzzer to send the game into overtime and keep the chaos going.

In overtime, Michigan did what it thought it would after Bufkin’s free throws — put the game away. Baskets from Howard and Dickinson gave the Wolverines a break, allowing them to survive a one-and-one from Wilson and a critical missed free throw by graduate guard Jaylin Lewellyn en route to the win.

The game looked easy on paper, but was tricky in practice. It took overtime to decide and Michigan barely survived.