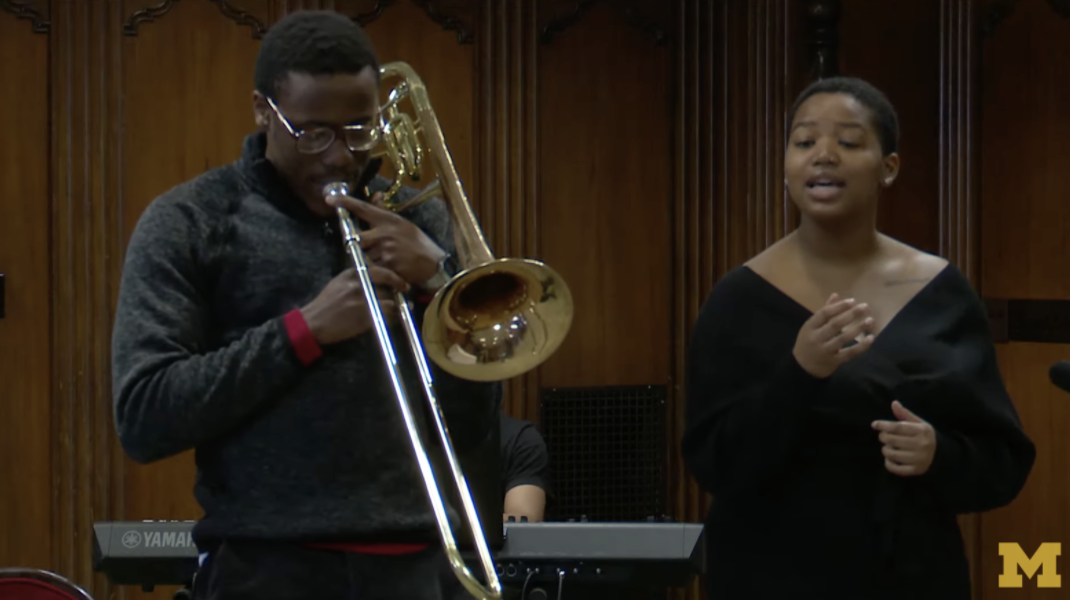 During February at the University of Michigan and Office of Multinational Student Affairs (MESA) organized events to to celebrate Month of Black History (BHM) and 50th anniversary Trotter and MESA Multicultural Center. The BHM Planning Committee has decided on this topic BLACK JOY! with events starting from the holiday round table to singer Eileen Southern and the music of black Americans to Fr. dance workshop for ballroom dancing.

“Throughout this month, we’ve been doing a mission to celebrate ourselves,” Tucker said. “We realized that black people went through a lot of hardships, so we didn’t want to focus on that. As the Planning Committee worked out ideas on what the theme of this year’s Black History Month should be, we decided that this campus in particular was overdue to celebrate our joy, and so we came up with BLACK JOY! “

Another member of the committee, Omar Elrashid, a junior in business, spoke about the priorities of the BLACK JOY celebration.

“This month, we have made it a priority to focus on the successes and achievements of black people of all backgrounds,” Elrashid said. “We wanted to emphasize that despite our struggles, we are leaders, scientists, doctors, innovators, artists and more. We wanted to emphasize that we, as black people, are constantly winning chances in a world that, in theory, was not created for us. We wanted to show that Black Joy is proud of who we are, despite our struggles. ”

Dillion Catro, head of the School of Social Work program, gave Fr. land recognition as well as recognition of the people of African descent who delivered work to the land on which the university stands.

“We also want to pay tribute to the people of African descent who have played an important role in the cultivation, maintenance and industrialization of most of the land we now live in,” Katra said. “The countless contributions they have offered in the fields, in the factories, in the classrooms, in the meeting rooms and across the country have helped pave the way for us to be here today. We reaffirm and value their work and promise to continue to raise our members. We are their legacy. “

Then junior business Taylor Smith introduced the first performer of the ceremony, Rackham student Byron Brooks, better known by his stage name MoSoul. The play was called “Being Black in America.”

“Over the last few years, all I’ve heard is America screaming about making it beautiful again,” Brooks said. “And to this thought I asked the question, brothers and sisters: if our country was truly and ethically great? Was it at a time when my people were being beaten, robbed and raped? Being black in America. Was it when racist white people filled with hatred burned, crucified, and lynched black and brown Americans, all of whom wore a cross around their necks and a white sheet over their faces? Being black in America. ”

Following Byron’s speech, the BHM Planning Committee inquired in the UM community of their personal Black Joy definitions during the semester. LSA sophomore Maya Jackson shared a selection of definitions that students shared in response.

Jackson said students defined Black Joy as “navigating the world without fear of ridicule, fear of condemnation”, “opportunity for a free life” and “not trying to somehow prove I’m good enough, but knowing that just being myself, being really me like a black woman ”.

Wilson, keynote speaker at the BHM closing ceremony, was the last to speak at the event. In her speech, Wilson described the intersection of dance and African American culture and shared her definition of black joy.

“BLACK JOY! it’s creativity, “said Wilson.” We take the entrails, the weeds, the awful, and turn it into a whole new kitchen. We took scraps of fabric, folded them together, and created these gorgeous blankets. … Well, when we became masters at taking things, that no one wants, and turn it into brilliance when we have learned to deal with adversity and oppression in the past and we are still here. If we can have anger and pain while still moving forward. “

MESA Administrative Assistant Naika White reminded the audience that although the official Black History Month ceremony is coming to an end, the BLACK JOY! will continue.

“We are very grateful to everyone for joining us in this closing ceremony. And we want to make sure we show (that) that this may be the end of the main celebration of Black History Month on the campus of the University of Michigan. However, the celebration of BLACK JOY is not over! and our black history ”.

Daily reporter Rachel Mintz can be contacted at mintzrac@umich.edu.