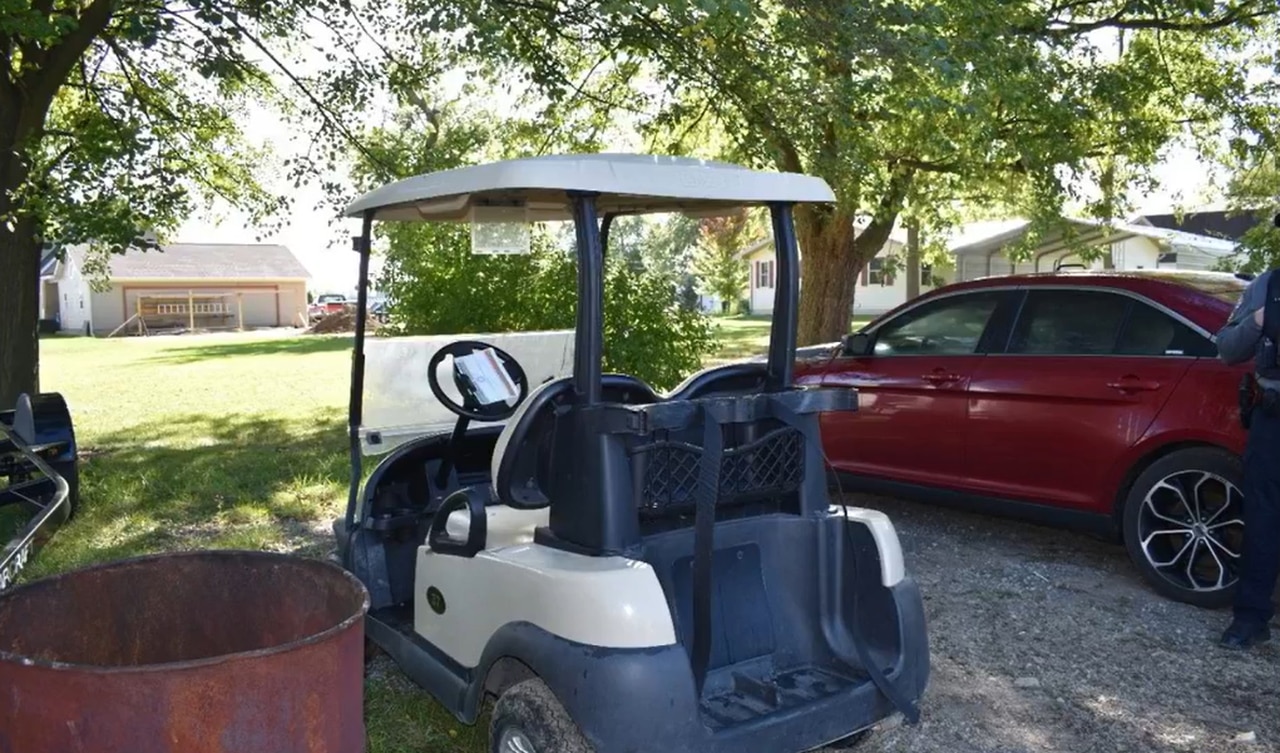 GENESIS COUNTY, Mich. – A 39-year-old Davison man is in the Genesee County Jail after allegedly stealing a golf cart and driving it to a nearby road before breaking into a home, authorities said.

Genesee County Sheriff Chris Swenson said during a news conference Wednesday, Oct. 5 that Aaron Matthew Breham was arrested after breaking into a home in the 1200 block of Margaret Drive on Saturday, Oct. 1.

Swanson said Braham approached four people who were playing golf at Fenton Farms Golf Course off Torrey Road. in Fenton, and told them he was going to take their golf carts.

Breham, who Swanson said was wearing a black hoodie with a life jacket, took the cart and drove down Torrey Road until he reached the 1200 block of Margaret Drive.

Once there, Swanson said, Braham began knocking on the doors of nearby homes. He was able to enter one home through the sunroom, Swanson said, before being arrested by Genesee County sheriff’s deputies.

Braham was charged with one count of unlawful removal of a motor vehicle – a five-year felony – and a misdemeanor count of breaking and entering.

Swanson added that Braham had previously been to Livingston County, where authorities say he also attempted to take items from vehicles.

Braham is being held without bond. His next court appearance is scheduled for Thursday, October 12. He does not yet have an attorney, according to online court records.

53 slot machines seized on suspicion of illegal gambling in Mandi