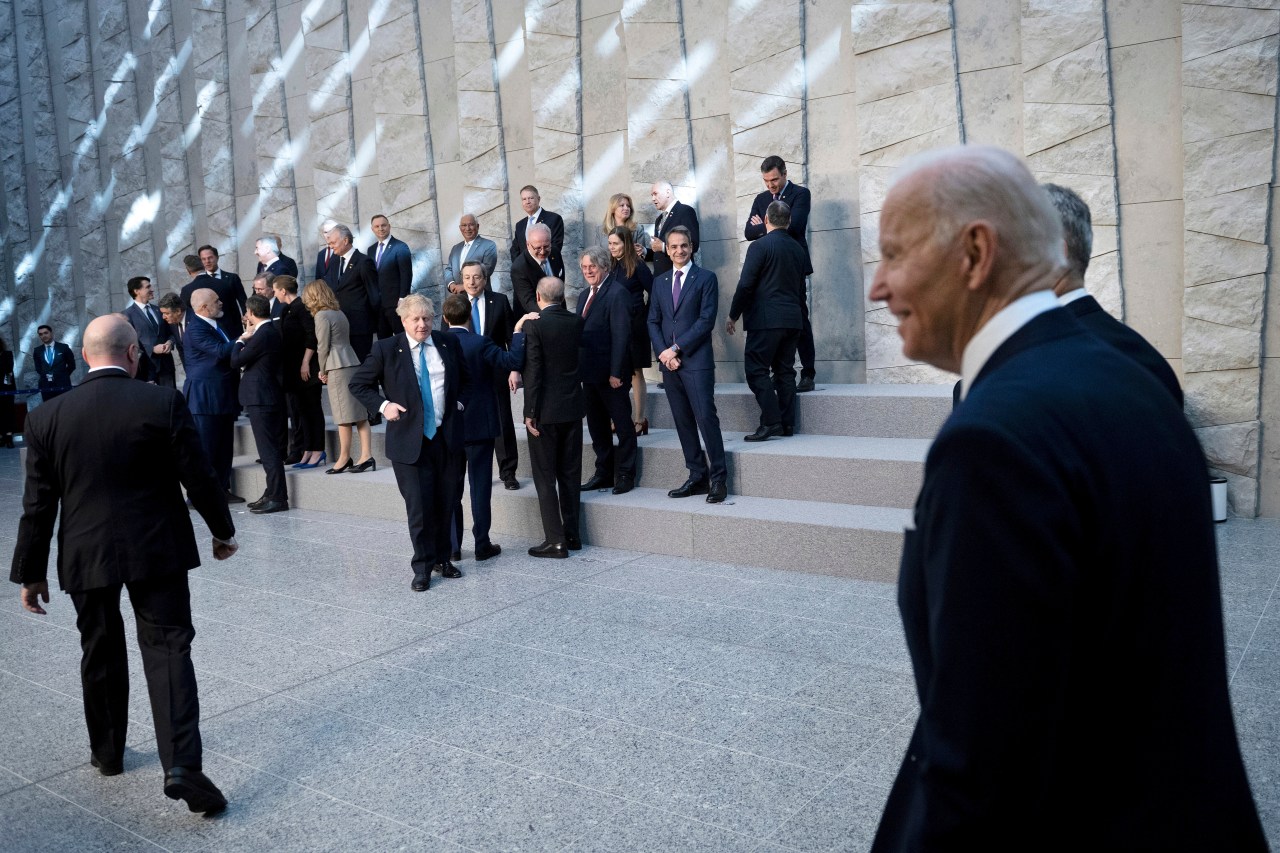 BRUSSELS (NewsNation) – The United States will expand its sactions against Russia in response to the invasion of Ukraine, focus on members of the country’s parliament and the central bank’s gold reserves, the White House said Thursday.

At the same time, Washington will increase its humanitarian aid by welcoming 100,000 Ukrainian refugees and giving an additional $ 1 billion in food, medicine, water and other supplies.

The White House announced the initiatives when President Joe Biden and world leaders gathered in Brussels for a trio of summits in response to the Russian invasion, looking for new ways to limit the economic and security consequences of the conflict.

Biden is scheduled to hold a press conference in Brussels on Thursday afternoon. NewsNation will broadcast Biden’s remarks live on the player above.

NATO allies opened the trio of summits with a sober warning from NATO Secretary General Jens Stoltenberg that the alliance must strengthen its defenses to counter Russia’s invasion of Ukraine and “respond to the new security reality in Europe.”

NewsNation poll: Americans want Russia to pay a higher price for the invasion

Stoltenberg commented when he called for a NATO summit to increase pressure on Russian President Vladimir Putin in connection with the attack on Ukraine, along with the trend towards economic and security consequences that are spreading across Europe and the world.

“We are meeting at a critical time for our security,” Stolenberg said, addressing the leaders at a large roundtable. “We are united in condemning the Kremlin’s unprovoked aggression and in our support for Ukraine’s sovereignty and territorial integrity.”

He said the alliance was “determined to continue to impose costs on Russia to end this brutal war.”

The President of Ukraine Volodymyr Zelensky spoke at the first meeting of the day, calling for “unrestricted military assistance.” He asked for anti-aircraft and anti-ship weapons, asking, “Is it possible to survive in such a war without it?”

“The feeling that we are in a gray area, between the West and Russia, defending our common values,” Zelensky said in a video message. “It’s the worst thing during a war – not having clear answers to requests for help!”

Poll: voters divided over who to blame for rising gas prices, most say Biden and Russia

Although the West was largely united in its confrontation with Russia after it invaded Ukraine, there is widespread recognition that unity will be tested as the cost of war in the world economy.

The strengthening of forces along NATO’s eastern flank will almost certainly, for at least the next 5-10 years, when Russia needs to be effectively persuaded, also put pressure on national budgets.

“We need to do more, and therefore invest more. A new sense of urgency has emerged, and I expect leaders to agree to accelerate investment in defense, ”Stoltenberg said before the summit.

Biden’s national security adviser, Jake Sullivan, said the United States wanted to hear “that the determination and unity we have seen over the past month will endure as long as it takes.”

On Friday, Biden is due to leave for Poland, where both issues are expected to be at the center of talks with President Andrzej Duda. Another important point may come shortly before Biden returns to Washington on Saturday. The White House said it planned to “make a concerted effort by the free world to support the people of Ukraine, hold Russia accountable for its brutal war and defend a future based on democratic principles.”

Sullivan said Biden and his fellow leaders would seek to “lay out a long-term game plan” as to what forces and capabilities the eastern flank of the alliance would need.

Four new NATO battle groups, typically 1,000 to 1,500 troops, are being set up in Hungary, Slovakia, Romania and Bulgaria.

National security officials from Washington to Warsaw are increasingly concerned that Putin may deploy chemical, biological or even nuclear weapons. Sullivan said the allies would consult on how to respond to “potential contingencies” of this kind.

This week, Biden said the possibility of Russia’s use of chemical weapons was a “real threat.”

On Thursday, Stoltenberg declined to discuss whether such a strike is a red line that would drag the alliance into war with Russia. “I will not speculate, except that NATO is always ready to defend, defend and respond to any type of attack on a NATO ally,” he said.

Against the background of the refugee crisis in Poland, fears of a Russian invasion persist

Biden arrives in Europe because most Americans want the United States to impose a no-fly zone over Ukraine, even if it involves NATO in the war, according to the new NewsNation / Decision Desk HQ poll.

The The NewsNation poll also shows Americans still disapprove of the president’s work. But the mood in the country is the most hostile and aggressive against Russia, which supports the new sanctions.

Biden has promised voters that he has the experience to navigate a complex international emergency similar to the one unfolding in Europe, and his trip will be the final test of the proposal.

You can read the full NewsNation poll here.