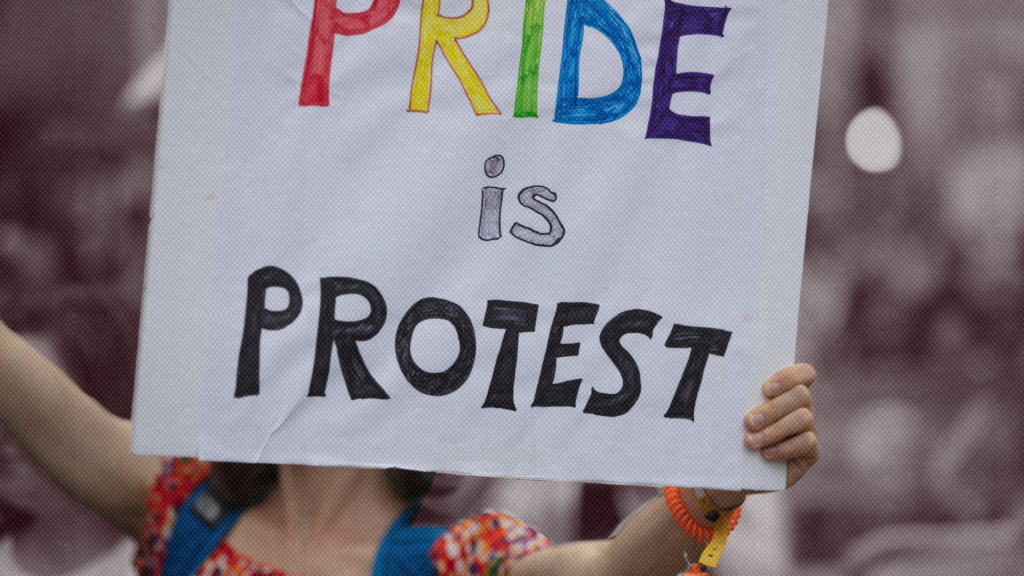 With the industry and market changing faster than ever, plan to come together with the best real estate community at our premier event. Join us at Inman Connect New YorkJanuary 24-26 and punch a ticket to the future. Check these out speakers have just been announced for this must-attend event. Register here.

The LGBTQ+ Real Estate Alliance has called out the National Association of Realtors and its Realtors Political Action Committee for the second time in three months, this time for supporting Florida’s controversial governor, Ron DeSantis.

Alliance CEO Ryan Weyandt said NAR and Florida Realtors are being hypocritical in their support of DeSantis, who made headlines for scamming asylum seekers into Martha’s Vineyard, denying pregnant women abortions, making disparaging comments about The LGBTQ community and criticizing the use of Critical Race Theory (CRT) in schools.

“Florida Realtors in supporting DeSantis used the same outdated language we see consistently in such RPAC-led endorsements when they said he is a ‘longtime supporter of the real estate industry,'” Weyandt said in a written statement. . “This low benchmark can no longer be okay. If those our industry wants to support are discriminatory, they should be disqualified.”

“It really is that simple,” he added. “If all real estate associations took a stand like this, it would be an important statement for our nation and would hopefully serve as an impetus for change and greater recognition of the LGBTQ+ community and other groups.”

Weyandt urged NAR and RPAC to start using the Code of Ethics’ Article 10 rule in evaluating political candidates — if they said or did something discriminatory that would punish the realtor under Article 10, they should not receive funding.

The decades-old Article 10 rule, which, according to the earlier Inman article, “prohibits the denial of equal professional services to any of these protected classes.”

The provision has been the focus of several national stories, most notably the case of Missoula, Montana pastor and (now former) realtor Brandon Huber. Huber was accused of violation of Article 10 in August 2021after denying his church support from the Missoula Food Bank over the bank’s decision to celebrate LGBTQ+ Pride month and allegedly opposing LGBTQ statements.

Huber sued NAR and the Montana Association of Realtors for religious discrimination, a claim that was dismissed in Missoula District Court. MOR’s Board of Ethics eventually found Huber guilty of violating Article 10, but said he could keep his membership after paying a $5,000 fine and completing sensitivity training.

Huber refused and instead decided to end his career in real estate.

Weyandt said NAR, RPAC and local associations should hold politicians to the same standards as Huber and not reward discriminatory behavior.

“He would almost certainly be sanctioned for his anti-community rhetoric, including his anti-LGBTQ+ stance,” Weyandt added.

Florida Realtors, NAR and RPAC have not yet responded to Inman’s request for comment; however, in response to the Alliance’s June requestRPAC President Leslie Ruda Smith and RPAC Federal Trustee Compensation Committee Chair Patti Hill said the organization gives to politicians on both sides of the aisle.

Hill said NAR leadership can’t control federal payouts to RPAC, and RPAC tends to maintain a nonpartisan point of view, as payouts in 2020 were almost evenly split between Republicans (49 percent) and Democrats (51 percent).

“National RPAC is a separate organization governed by its own trustees and independent of NAR,” – she said in June. “No member of NAR’s leadership, including the elected leadership team and CEO, has any authority or involvement in federal RPAC payments.”

“These decisions are made at the local level and decided solely by the RPAC National Trustees…Following the Realtor Party model, our success depends on the issues, not one political party. When power changes, as it always will, we have champions on both sides of the aisle,” Hill added.

Weyandt and Alliance President Dave Gervase said they do not accept NAR and RPAC’s reasoning and said the organization is ready to cut ties with NAR.

“While the NAR, Florida Realtors and many other associations of REALTORS say they are focused on diversity, equity and inclusion (DEI) initiatives, too many also choose to support people like DeSantis who publicly show they do not support the work” , – said Gervaz. “Had Florida Realtors used the Article 10 Test, there is no way DeSantis would have qualified for the financing.”

“As a matter of goodwill, we have invited RPAC Senior Executive David Alan Cox to speak at our conference. But the DeSantis endorsement is a step too far,” Weyandt added.

“If NAR abandons its role in standing up for what is right, then the Alliance must take steps to insulate itself and its members from the hatred and evil that RPAC supports through its funding of candidates like Ron DeSantis. Article 10 should be a unifying force for us all.”

Read the full letter below: