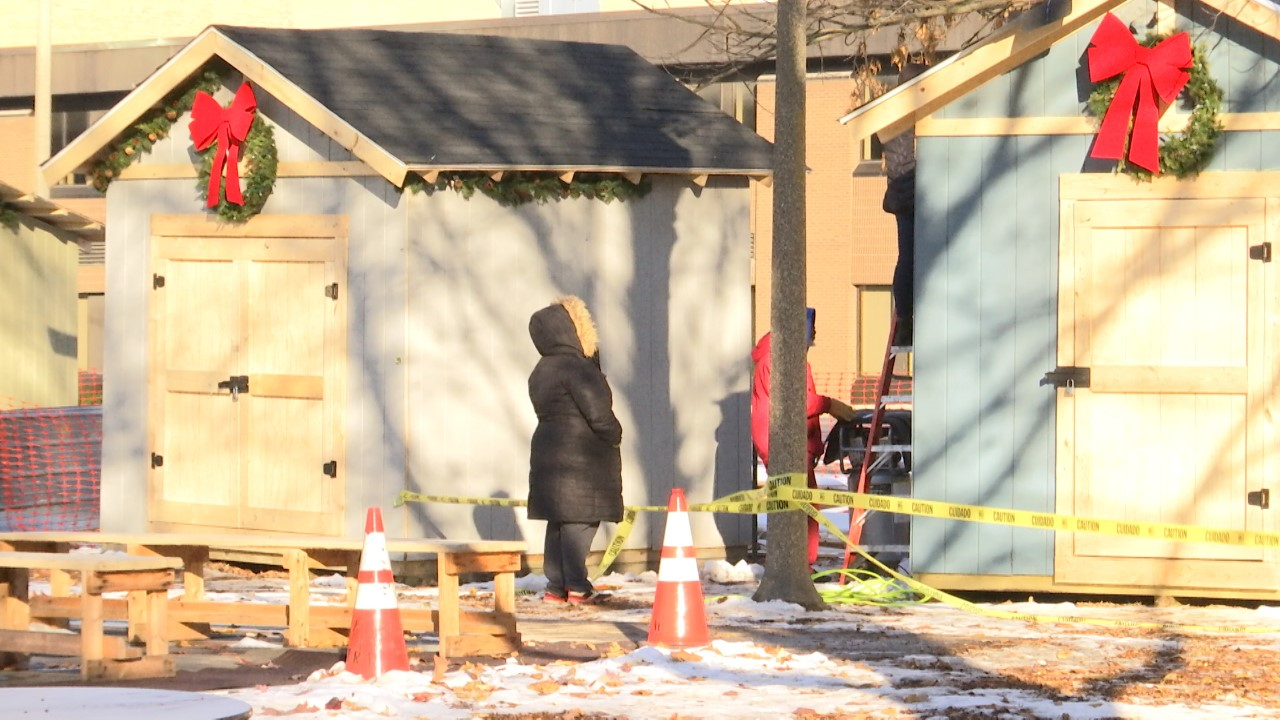 Kringle Market was created to bring the holiday spirit to downtown Lansing with tents, ice skating and heaters. Still, people who serve the community and those who feel for the homeless said they hope to see the beginning of a concrete plan to help those who spend the night in the cold.

“These homeless people are here every day, so for them it’s like building houses in a park where they come every day and it’s warm and everything, and they can’t do anything for the homeless that are out there every day, but can you do it in one holiday? It’s kind of a slap in the face if you ask me,” Giovanni Lachon said.

Lachon said he used to be homeless and said he agrees with advocates’ concerns about the Reuter Park holiday market.

Michael Karl of the nonprofit Cardboard Prophets said he and other advocates were given the opportunity to voice their concerns to Lansing Parks and Recreation, Downtown Lansing Inc. officials. and other offices.

“We put huts in front of people who have nothing,” said Carl. “If people were employed, we wouldn’t be having this conversation today.”

Brett Kashinske, the city’s parks director, said the park’s location near city services, buildings and bus routes makes it a good location for the market. He says his department is open to the idea of ​​both bringing help to the park and organizing events there to attract community attention.

“There were conversations about some of the amenities that were there and how they could be used for other programs and services. We are always striving to once again become the department that serves all the citizens of Lansing,” said Kashczynski.

Back at Reuter Park, Lewis Hill said he would spend another night in the cold. He hopes these talks will lead to a plan that can lead to housing for people like him.