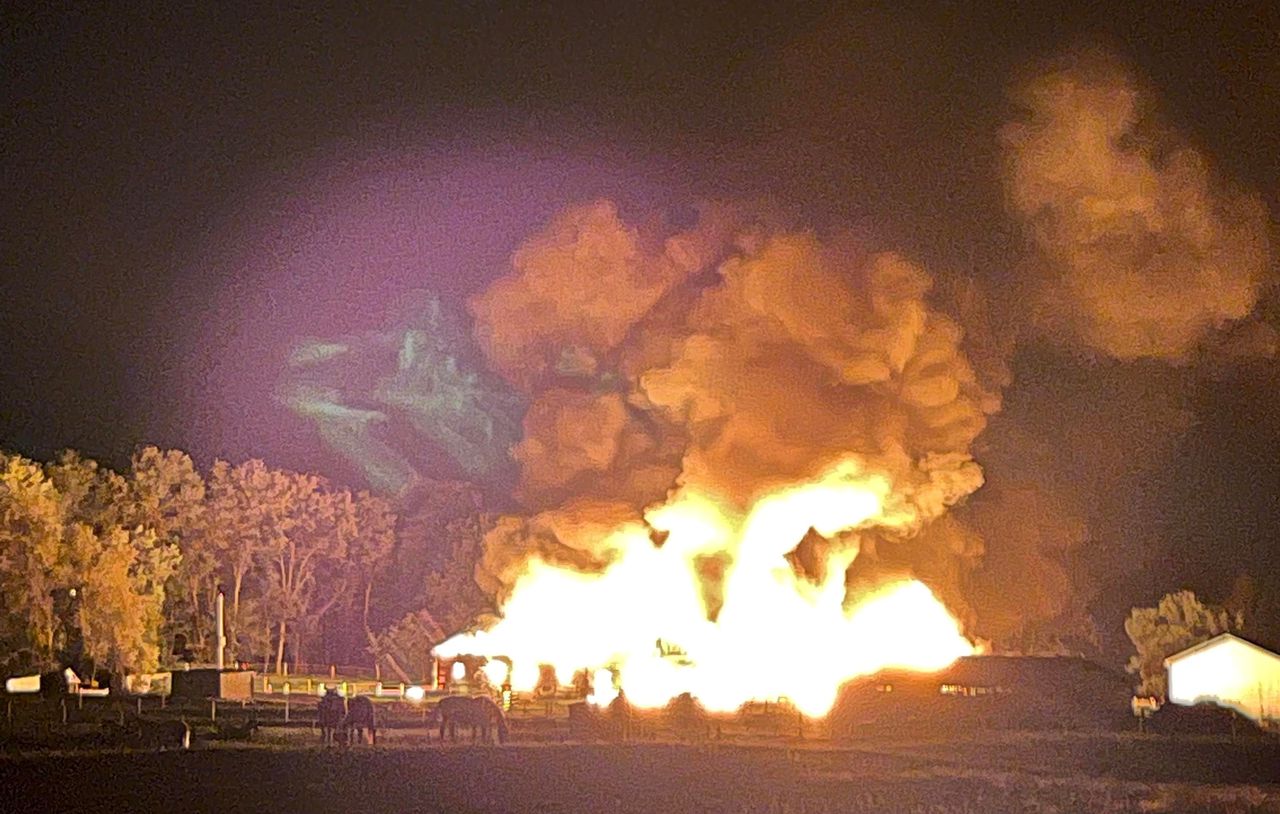 JACKSON COUNTY, Mich. – A fire that tore through a large horse farm in Clark Lake only burned for a few hours, but the devastation will be remembered for years to come.

The main barn at Snow Ridge Farm on Clark Lake Road in Columbia Township in southeast Jackson County was engulfed in fire in the early hours of Aug. 30, killing five animals and destroying equipment. Crews from the Columbia City Fire Department were called to the area around 1:11 a.m., Fire Chief Scott Cotto said.

The fire burned through the barn and nearby vehicles and equipment until about 5 a.m., said Libby Myers, who co-owns the farm with her husband, Mike.

“The disappearance of the barn has really disrupted our routine. For the first week (after the fire), we were just looking at each other and asking what are we doing with all our time,” Myers said. “We got lost. It would probably be easier if it was our house – we spent so much time on the farm.’

The Myers family was awakened around 1:10 a.m. by a frantic phone call from their neighbor, Myers’ mother-in-law, who said the barn was on fire.

“We got up and looked out the window and (the fire) had completely engulfed the whole barn,” Myers said. “There was nothing we could do, it was so involved.”

According to Myers, the fire destroyed several vehicles in and around the barn, including an ATV, a skid steer loader, a horse trailer, two lawn mowers and a new 2022 Ford F-350 with only about 8,000 miles on it. .

Fool Me Once and Manhardt were two of the most respected stallions in Snow Ridge. Fool Me Once has been owned by the Myers family for about three years and has earned nearly $1.2 million as a racehorse and breeding stallion during that time, Myers said.

Manhardt has worked at the farm for nearly 12 years and has earned about $500,000 at the farm, breeding many horses in Michigan and Ohio, including several state champions.

“He was probably the most popular breeding stallion in Michigan,” Myers said of Manhardt.

A yearling colt named Black Tie Affair had just been sold and was set to begin his racing career next year, Myers said. He had to leave the farm with the buyer a few days after the fire.

Myers said her two dogs, Sydney and Zep, were both descended from American show-line German shepherds. Myers recalls sitting with Sydney hours before the fire.

“It takes a while to make a good dog,” Myers said. “It wasn’t until the night before the fire that we told her what a good girl she turned out to be. It’s just really sad.”

Fire officials believe the fire was electrical in nature due to storms that knocked out power earlier that evening, Cotto said.

The source of the flames may have been a faulty electrical panel in the barn, as it has obvious signs of a power surge, Myers said.

The main barn contained about two tons of horse grain, which fueled the flames for several hours.

Raising horses started as a hobby for the Myers family, but has since become a full-time occupation. The fire destroyed more than 20 years of family business history.

“The amount of support from people near and far has just blown us away,” Myers said. “We really appreciate everything, big and small.”

In addition to donations of money and food, local supporters offered to help put out the fire and replace lost equipment.

This assistance will go a long way in helping the farm recover from the fire. More than 60 horses still live on the farm, some of them pregnant.

“We’re having kids in January – we need to be put back together,” Myers said.

A GoFundMe campaign organized by the Myers family, has raised more than $25,000 so far.

More from the Jackson Citizen Patriot:

Jackson County has been allocated $500,000 to improve the safety of these roads