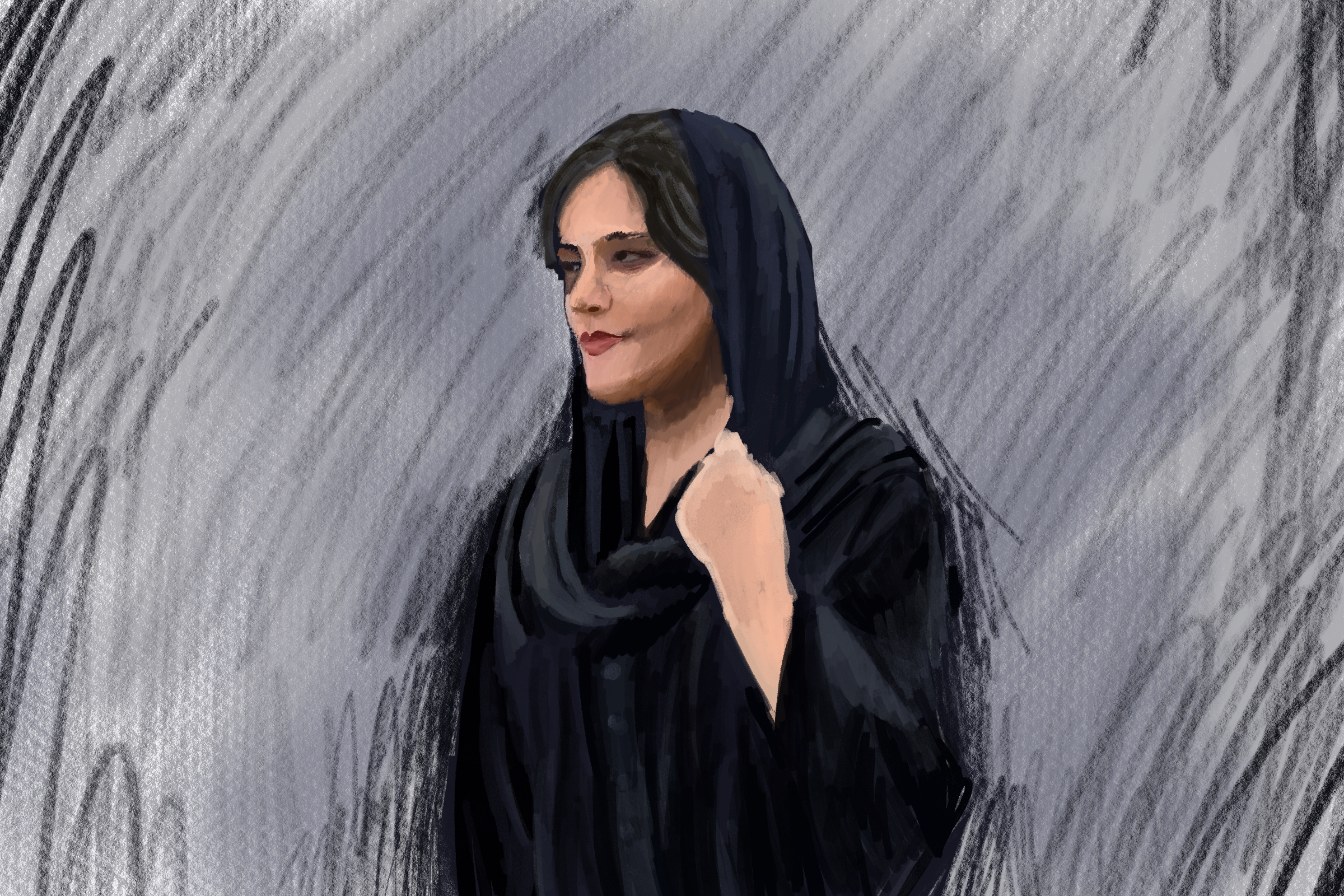 Content Warning: This article contains depictions of violence against women

About 150 members of the University of Michigan and Ann Arbor Iranian communities gathered Saturday for a vigil in memory of Mahsa Amini, a 22-year-old woman who died September 16, while in the custody of the Morality Police of the Islamic Republic of Iran. Amini’s death caused protests against police brutality in Iran and around the world. In Ann Arbor, those present held photos of Amini, chanted slogans in Farsi, Iran’s official language, and demanded more rights for Iranian women.

Amini was arrested in Tehran after she was accused of improperly covering her hair with a hijab and subsequently taken to a “re-education center” where people are arrested if they do not follow the rules of the Islamic Republic modesty. According to Amini familythe police brutalized Amini, allegedly beating her, causing her to fall into a coma and thereafter to die.

Thousands of Iranians across several major cities took to the streets after a photos and videos Amini, who is lying unconscious in a hospital bed with severe injuries, has gone viral on social media. There are protesters demanding end violence against women and repeal the mandate requiring all women to wear hijabs. At least since Sunday 41 people were killed during the protests.

A university student spoke to a crowd in Ann Arbor on Saturday, condemning the circumstances of Amini’s death. The student wished to remain anonymous for fear of retaliation from the Iranian government and will be referred to as Alex in this article.

“They killed her with a piece of cloth around her head,” Alex said. “It is not moral and her death was unjust. She was only 22 years old. We are here to express solidarity with all the people in Iran who are protesting.”

Those present wrote the names of protesters who died for the cause on Diag land and chanted “Jin-Jian-Azadi”, which translates to “Women, Life, Freedom”. Revolutionary poems, cantas and songs such as “Yare Dabestanie Man” — translated as “My school friend” — sounded while the audience sang along. Many of the participants wore masks to protect their identities and asked not to be photographed or interviewed for fear of retaliation from the Iranian government should they visit Iran in the future.

In the days following Amini’s death, the Iranian government blocked Online services like Instagram and Whatsapp to prevent people from organizing and sharing videos of protests. LSA freshman Berelian Karimian said that because of this censorship, the vigils are an important way to raise international awareness of the government’s crimes.

“We need international support,” Karimyan said. “We have to make sure that it doesn’t fly by because these things happen all the time in Iran. Mahsa is not the only one there.”

Karimian is Iranian, and she said she came to the vigil because she empathized with Amini’s story.

Mohammad, a senior at UM Dearborn who has lived in Iran for 21 years and asked The Daily to refrain from including their last name also for fear of retaliation from the Iranian government, recalled a harrowing personal encounter with the morality police.

“I’ve been there and I know how miserable people are because of (the lack of) basic human rights,” Mohammed said. “I wanted to participate and support my people today.”

Mohammed asked those present to use their voices to advance the cause of Iranians protesting the morality police.

“People need your voice to help raise awareness,” Mohammed said. “People don’t expect you to do anything crazy or big, just be our voice. Like Ukraine, like all other issues around the world where people have united and protested, just do the same for the Iranian people. It’s like a revolution. Please help us.”