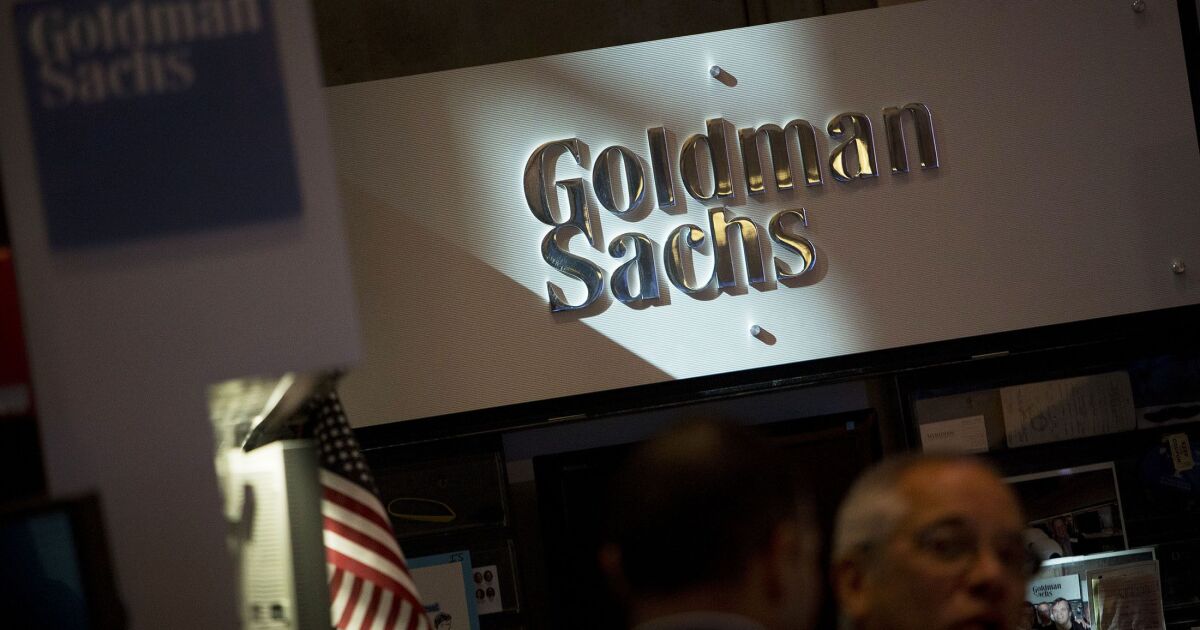 Sexual assault, gruesome propositions and sexually suggestive videos make up the latest filings in a class-action lawsuit against Goldman Sachs Group. But the chief’s comment about his assistant’s wedding ring two decades ago and a woman who complained that the supervisor had checked her out have sparked a particularly bitter dispute in the case.

The reason: The men involved are two of the firm’s most prominent figures.

It’s a fight within a fight: a battle for the biggest names in the industry
larguing for equality. What raises the stakes is not so much the alleged behavior as who they are — and whether it supports the argument by the women who worked at Goldman that the firm protects and facilitates men who engage in misconduct.

The complaints, which date back to 2003, aren’t as ugly as those that have made headlines since they hit the court two weeks ago. But they touch on a long-running debate about what happens when people in finance complain about rainmakers and other powerful executives, and about the industry’s preference for keeping it secret.

That system is part of what the plaintiffs were targeting when they filed a 51-page brief in 2014 to determine the scope of the lawsuit, which is set to go to trial next year. The document remained heavily redacted over the years until a new clash erupted in the past few months. A revised version filed on Sept. 22 disclosed the allegations but left out the names of the people involved, including two partners, whom the plaintiffs tried unsuccessfully to make public.

They are Tucker York, who helps run Goldman’s $7.5 billion consumer business, and Gary Cohn, who served as the firm’s president for a decade before leaving for the Trump administration, according to people with direct knowledge of internal Goldman files.

Goldman opposed naming them, telling the court in June that it would violate their privacy and unnecessarily damage their reputations. The passage now stands out visually in the main filing, with broad black lines replacing the two titles with a label — “participating managing director” for partner — that doesn’t reflect the full extent of the influence they’ve amassed at Goldman.

“It’s interesting to me that they’re fighting so hard to silence these names,” said Gretchen Carlson, a former news anchor and # Me too leader who called on Goldman to stop forcing employees to arbitrate. Such lawsuits, she said, would include claims ranging from the trivial to the outrageous.

“There are different levels of responsibility,” she added. “What we considered inappropriate comments mattered.”

A spokeswoman for the company said it was unfair to name executives and that the firm does not tolerate bad behavior.

“The court, in particular, rejected the plaintiffs’ repeated attempts to publicly identify Goldman Sachs executives, agreeing that unsworn hearsay complaints from decades ago did not generate much interest and that it would be unfair and prejudicial to those individuals to identify them,” the spokeswoman said. . , Andrea Williams said in a statement. “It’s a shame Bloomberg didn’t take the court’s reasoning into account.”

York’s advocacy over the years has put him in Goldman’s shoes the highest decision-making body. Now 62 years old, he is one of the firm’s longest-serving partners.

A passage in the main filing, with the name blacked out, claims the chief told his administrative assistant she would become a “trophy wife.” When he later expressed displeasure with her work, she complained about his remarks, writing her memoirs in a letter to him in March 2003, which was included as an exhibit. It quotes his reaction to her engagement: “This ring says you don’t need this job.”

As soon as she raised the issue with human resources, they told her she needed to be flattered, her attorney soon wrote. The assistant was told that she needed to find a new boss at the firm.

“Yorke is an extraordinary and respected Goldman Sachs executive with a 36-year track record of demonstrating a commitment to advancing women at the firm,” a bank spokeswoman said. The allegation “misrepresents what happened nearly 20 years ago and is an incomplete representation, as are all the selective disclosures chosen by the plaintiffs.”

Cohn, 62, is also described in the documents with his name blacked out, according to one of the people. Around the time Cohn was promoted to co-president in mid-2006, documents show an employee accused the executive of “checking her out” and said he was “inappropriate around younger women.” The memos, attached as evidence, do not say what was inappropriate and indicate that the employee refused to give HR the names of the other women because the department could not guarantee confidentiality.

After the 2016 election, Cohn left for Donald Trump’s White House. A spokeswoman for Kono declined to comment.

The filings underscore how difficult it can still be to uncover allegations of disturbing behavior on Wall Street.

Many financial firm contracts require employees to file most grievances individually through closed arbitration. Employees who reach settlements are usually required to sign confidentiality agreements. Critics of A those practices, including lawmakers in Washington, say it hides problems and allows them to continue. But attempts to publicly distribute cases in court can result in difficult sagas.

The industry tells everything remains a rarity. In August, former Goldman executive Jamie Fiore Higgins published a memoir: “Buli Market”, detailing incidents of assault, harassment and discrimination she says she faced during her 17 years at the firm before leaving in 2016. The book makes her one of the most senior bank employees to talk about her experiences. Goldman said he strongly disagreed with her characterization of his culture and declined to respond to the anonymous allegations.

The lawsuit was decades in the making.

Christina Chen-Oster, an MIT graduate who joined Goldman in 1997 and sold convertible bonds, filed a discrimination complaint with the US Equal Employment Opportunity Commission in July 2005. She was a managing director at Deutsche Bank until she was allowed to take Goldman to court in 2010. It took another eight years for a court to allow her and other women to represent more than 1,400 current and former employees, though Goldman fought to send many to arbitration. The case will be heard in June, nearly two decades after her first complaint.

Goldman’s senior ranks are made up of men. Among the dozen executives who oversee Goldman’s profit-making divisions and leadership, one woman is the same number as a decade ago. This is similar to much of the industry, where only one giant US bank, Citigroup, is headed by a woman.