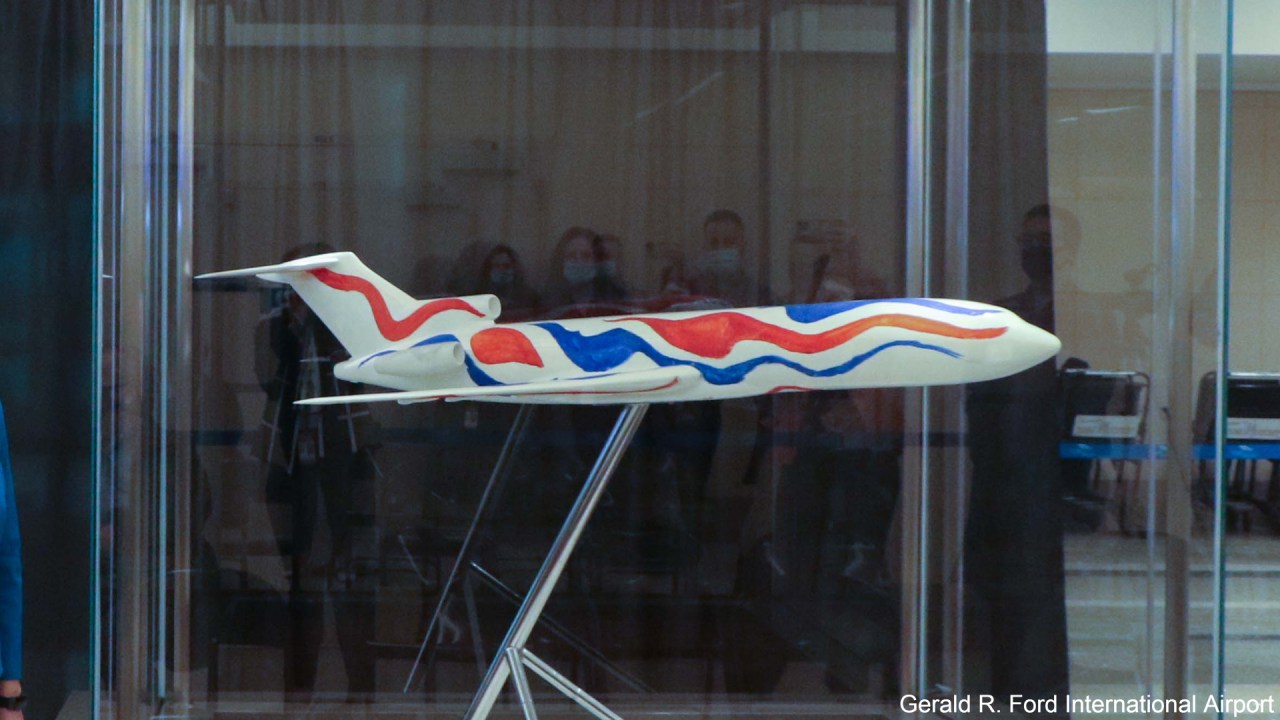 CASCADE TOWNSHIP, Michigan (GRES) – A work of art transferred to the city of Grand Rapids more than four decades ago, has a new home.

A model of the aircraft called “Flying Colors of the United States”, made by Alexander Calder, was transferred to Gerald R. Ford International Airport. The new work house opened on Wednesday.

Calder’s design was restored on a Boeing 727, and First Lady Betty Ford presided over its dedication ceremony in Washington in 1975. Two days later the plane arrived in Grand Rapids.

The model was donated to Grand Rapids when the Boeing arrived, and it is transferred to the airport.

Hailey Abbas, marketing and communications manager at Gerald R. Ford International Airport Authority, told News 8 that they want to show the work and art community in Western Michigan to travelers.

“As we serve as the gateway to Western Michigan, we want to make sure this story is told to visitors and that it is one of the first things they see before entering our community,” Abbas said.

A new sculpture of the Indians was unveiled at Ford Airport

“Flying Colors of the United States” can be seen between the ticket offices of Delta and American Airlines.

Another of Calder’s works at the airport, “La Grand Vitesse,” was moved to the east end of the hallway.