GRFD, police are investigating the cause of the fire on Rich Street 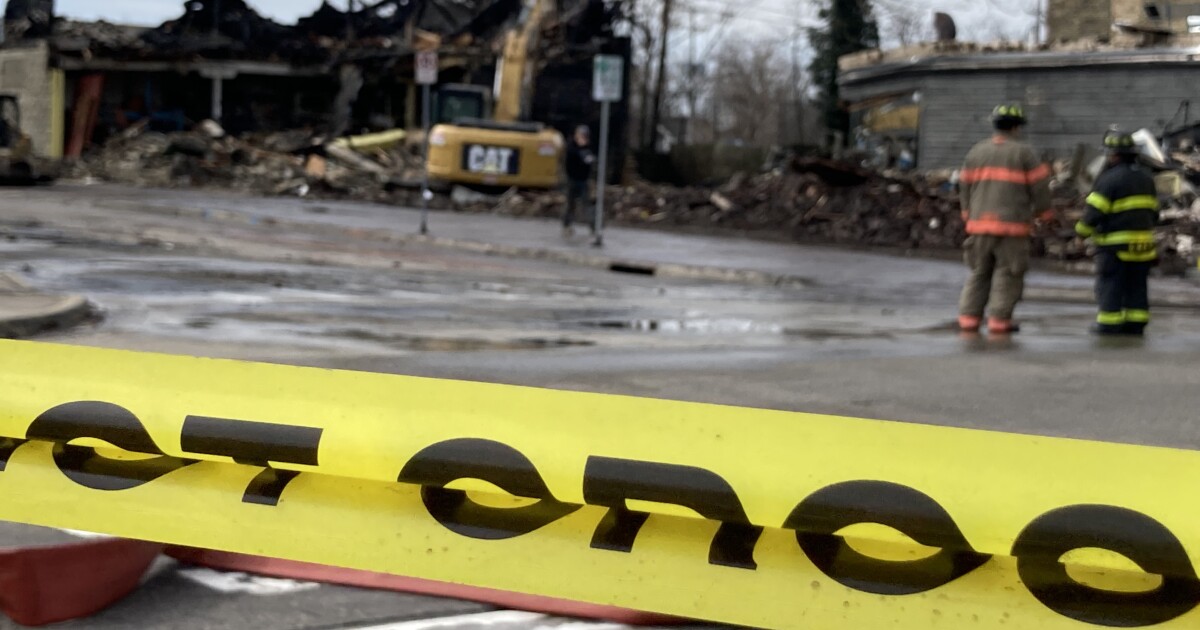 GRAND REPIDS, Michigan – The Grand Rapids Fire Department held Monday morning to put out a fire at the plant on Welty and Henry Streets.

Local resident Benjamin George Wilkes smelled it when he went outside at 4:30 a.m.

“As soon as I left the house, we smelled smoke. We walked along the Wealthy, we saw the smoke and smelled it, ”Wilkes said near the scene of the fire. “Behind you you can see the flames. They just went out. There were three stairs. “

GRFD said that when they were called about the fire at 1:27 a.m. at Tatum Bookbinding, they were there for three minutes. Immediately upon arrival, they noticed that a fire was burning on the ground floor, which was rapidly moving across the two-story building.

“It seems that a lot of materials were stored in the commercial building, which contributed to the movement of this fire,” said GRFD LT. William Smith during a Zoom interview. “Based on the observations of fire brigades, it was considered important for them to evacuate the building.”

When they searched the building, there were no people in it, he said. No one was injured either.

It took several hours to put out the fire. However, the GRFD said it did not know at the time what caused it, or whether it was arson.

“The human factor is not excluded in the initial sequence of this fire. After reading the stories and talking to the staff, the investigator asked for additional resources, including the Grand Rapids Police Detective Unit, ”said Lieutenant Smith. “So they will work with us trying to find the cause of the fire that happened this morning.”

Disassembly crews stayed on the site for several hours and destroyed what was left of the building. Hundreds of bricks, cinder blocks, burnt wood slabs and rubbish are now filling the space.

Local resident Carrie Baldwin was shocked to see it all. She said she learned about what happened on the morning show of FOX 17, and made sure to see it with her own eyes around noon.

“It was a big brick building, and all the windows were boarded up,” Baldwin said. “It’s very sad. It’s a historic district every time you lose a building, it’s really tragic. ”

*** For advice on fire information, click here for the silent observer. ***