Gretchen Whitmer The State of the State: How to Watch and What to Expect 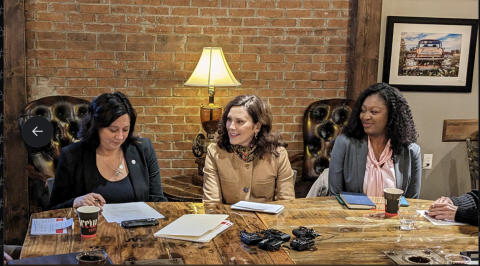 Here’s what you need to know.

Where can I watch it?

Live broadcast of the performance on Wednesday at 19.00 Bridgemi.com and also on YouTubeFacebook and on many local television stations.

What are the key issues?

Whitmer and Democratic leaders have made their legislative priorities clear this year. Here are just a few of the topics she is likely to cover:

Whitmer is pushing to expand the Earned Income Tax Credit (EITC) to offer financial assistance to nearly 700,000 Michiganders. Eligible Michigan families currently receive a 6 percent federal credit from the state, adding about $150 to the $2,467 federal credit. Michigan’s credit was 20 percent of the federal rate until 2012, saving a family of four an additional $350.

Democrats are now seeking to raise it to 30 percent of the federal rate. Raising it to 30 percent over the next four years would reduce taxes by $442 million by fiscal year 2026-27 and save families about $600 more than at the current rate, according to an analysis by the Whitmer administration.

During a roundtable in Lansing on Tuesday, Whitmer touted her plans to expand the earned income tax break for low-income workers and eliminate the so-called pension tax on post-retirement income.

Whitmer supports eliminating the “retirement tax” by exempting more seniors from the 4.25 percent state income tax. Until 2011, pensions were not subject to state tax, and Democrats argue that the current policy is unfair to retirees who did not expect their fixed income to be taxed.

Whitmer backed a plan to phase out the pension tax over the next four years, which the administration estimated cost the state $495 million annually by 2025. The State Budget Office estimated at the time that nearly 500,000 households would save an average of $1,000 under the plan.

Whitmer strongly advocated “common sense” gun laws, including: universal checks, safe storage lawswhich aims to keep children from having access to guns, and “red flag” laws, allowing someone’s gun to be temporarily taken away if they are deemed a danger to themselves or others. Such bills fell out of favor when Republicans controlled the Legislature, but now that Democrats control gun safety laws, they’re back on the table.