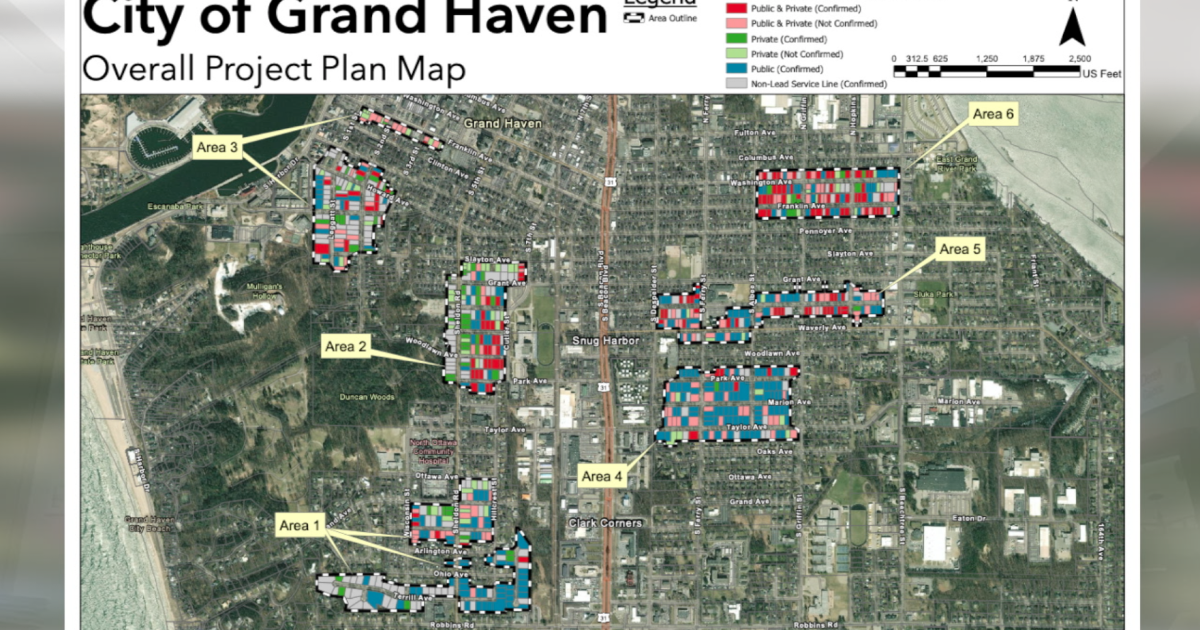 GRAND HAVEN, MICHIGAN – Grand Haven is preparing for one of its largest projects. The city plans to replace about 600 lead lines.

It will cost the city about $ 3 million coming from the federal grant.

The plan is to use that money to get out of the ground most of all the city’s lead lines.

Grand Haven is gearing up for its biggest lead line replacement project this spring.

They are trying to make a six-year project in two years, Gaidos said.

The city joins many other cities such as Grand Rapids, Muskegon and Kalamazoo as they work to replace the lead lines.

Lead is a known neurotoxin that causes damage to the brain, liver and bones.

Michigan has demanded that all cities bring lead lines in 20 years.

“There are six areas we are going to focus on. There will be about 100 houses in this area that we will focus on,” Gaidos said.

The city recently awarded Wadel Stabilization from Hart to get started.

Gaidos says the city has no plan in which district to work in the first place.

“We will definitely focus on each area before moving on to the next,” he added.

Two years from now the city still has more lead lines that need to be replaced when this project is completed.

“The city has refined its copper water services. This has been our standard for decades after we stopped using galvanized and lead fittings,” he said.

Although government orders for cities to replace lead lines, Lansing does not help cover any costs.

So in 2019, Grand Haven began adding an additional fee to the water bill to pay for the lead line replacement.