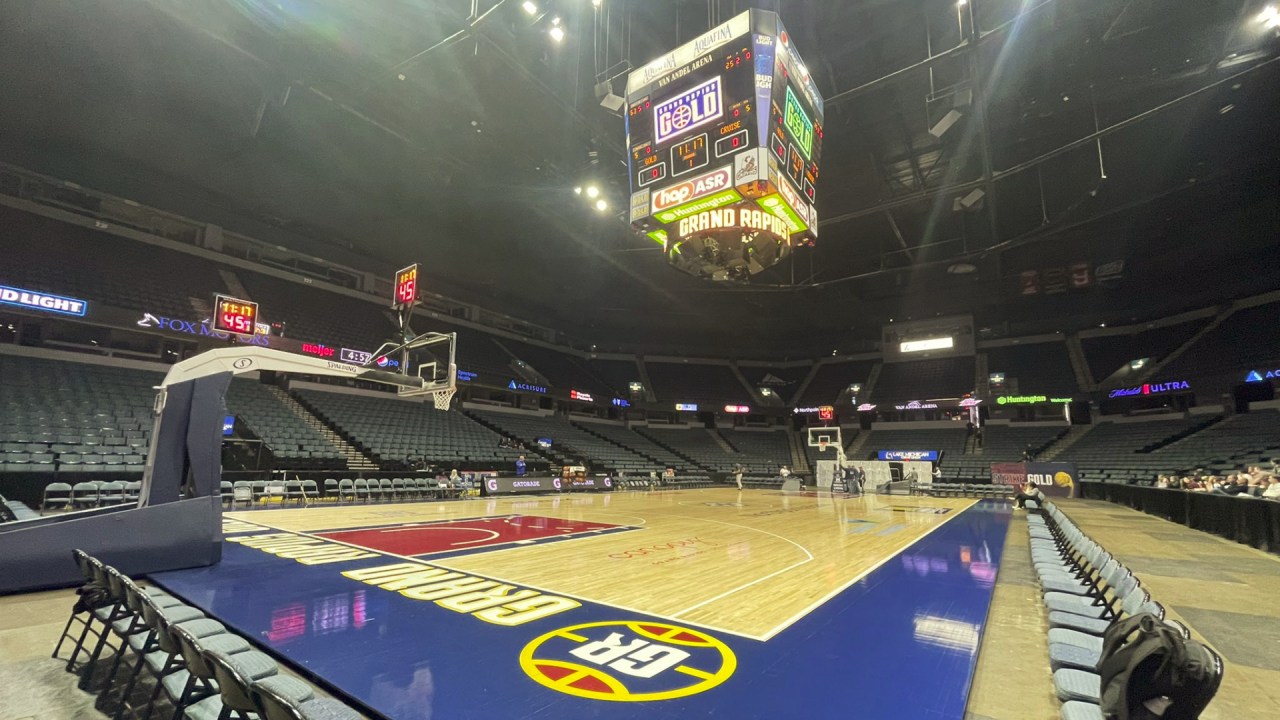 The beer garden opened when the team started plays at Van Andel Arena after DeltaPlex has closed its doors. It is open to all fans in the stadium.

You can enjoy a drink at the high tables in the beer garden or take it to your seat. The team said it was appropriate Beer City USA there is a beer garden.

“We knew the fans were going to love this place,” said Kyle Kwaske, vice president of sales for the Grand Rapids Gold. “Here, in the district, there are a lot of beer lovers. … Perrin was lucky enough to take advantage of everything. … (It’s) a great space for the fans to play in and obviously you’re up close and personal to our games and you can just enjoy the game right from that end zone.”

Gold will be back at home on Sunday when they face the Iowa Wolves. They will have home games against the Wisconsin Herd on November 29th and November 30th and another game against the Sioux Falls Skyforce in December.