GR, a nonprofit, uses a $ 10,000 grant to support survivors of domestic violence 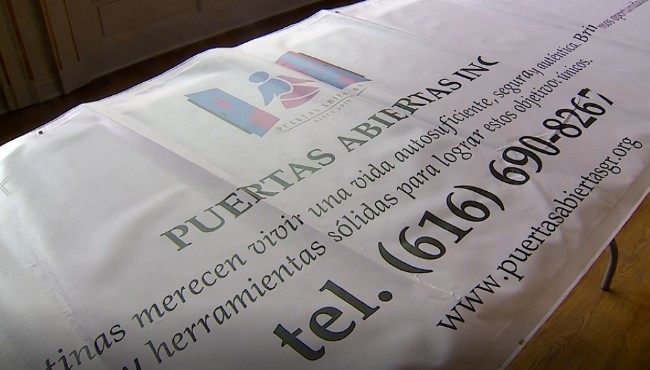 Puertas Abertaswhich recently became 501 (c) (3), is one of five programs selected for a $ 10,000 grant from the Operational Group “Safe Alliances for All” Grand Rapids.

Andrea Inastroza, who launched a pilot program in 2019, said children and adolescents are often forgotten when it comes to combating domestic violence.

“With the grant we receive, we are going to focus, and we are targeting them and teenagers aged 14 to 18 who have been victims or witnesses of domestic violence,” Inastroza said.

She currently works as a consultant at Grand Rapids High School, where most Hispanics live, where she has learned a great deal about the impact of this type of violence on young people.

“During the five years that I’ve been working there, I’ve realized how many children suffer from suicidal thoughts mostly because of domestic violence.” She added: “It is sad that people believe that domestic violence is a tradition in the Latin American community, and it is not.”

The pilot started as a six-week support group of 13 women who could come and talk about the things they face in life. Seeing the impact of these conversations, Inastroza realized she had to keep doing it.

Now Puertas Abiertas works with 350 women, more than a dozen men and more than 600 children. The nonprofit offers therapy, support groups for adults and children, classes such as computer classes and English classes, and more.

“I understand that these women and men who have been victims of abuse need opportunity, that’s all,” Inastroza said.

At first she said it seemed that there were not enough resources for these victims, but Inastroza realized that the problem was not quite that.

“The problem was that there was no organization that would connect all these resources and stay close to the customer all the time.”

“You speak well. This is domestic violence. The abuser is taken out of the house or imprisoned, but at this point the young ladies begin to think, what should I do now? I’m alone. I have no help, the help they bring me, in English, I don’t understand. That’s what we did. We connect everything. We connect all services. There are several agencies that receive grants here in Grand Rapids and Kent, and they have no clients, and the grants are for Latinos, victims of domestic violence. ”

She said that when they accept someone who has been a victim of domestic violence, they first focus on security and then link them to the necessary resources.

“We understand if we need to relocate a family, or we can issue a protection order so that the male or female abuser cannot leave the house. We help them with the process, with the court, in everything. We never leave them alone. “

As for children in these homes, Inastroza said it is also incredibly important to support them because leaving violent homes often leads to an increased likelihood of getting into trouble with the law and unhealthy relationships with future partners.

Puertas Abiertas in Spanish means open door. Inastroza said it is not limited to people of the Hispanic community. They open the door to all victims of domestic violence.

“We just want to reach a larger community. We are here. We can help. “