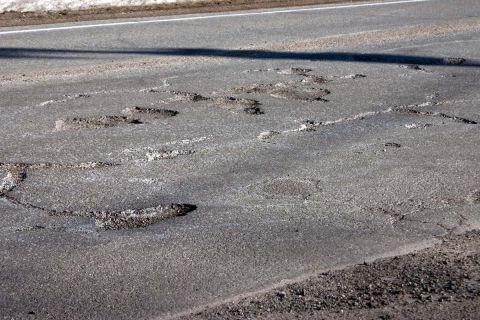 In a statement Wednesday, Whitmer said she was running the state to speed up repairs through overtime payments and contractors.

“The case of car damage as a result of potholes on the way to work or school is unpleasant for every Michigan. No family should spend their hard-earned money on repairing a missing tire or a broken axle caused by these potholes, ”Whitmer said.

“I will continue to work with anyone to fix the damn roads, make long-term investments in our infrastructure and put Michigan first.”

Most of the year Michigan spends $ 6 million to $ 7 million a year to fill about 400,000 potholes. This is in addition to those corrected by counties and local communities.

State Director of Transport Paul Ajegba said that the best protection against potholes is regular scheduled maintenance and replacement of roads, which requires significant funding.

“If we don’t clear the roads from the last storm, our crews will pick potholes as soon as possible,” he said.

Michigan ranked 10th among the states with the worst road conditions. Michigan Senate Fiscal Agency It is estimated that it will cost $ 2 billion a year set up public roads.

More than a third of Michigan’s roads considered in poor or mediocre conditionand a 2019 study is approved bad roads costs drivers another $ 648 a year to repair.

Whitmer promised to “fix the damn roads” when campaigning for the post in 2018, but failed to raise the gas tax by 45 cents a gallon to raise another $ 2.5 billion a year.

Instead, she cut back on her plans, issued bonds to pay for repairs and invested about $ 4 billion during her tenure. repair over 13,000 miles of roads.