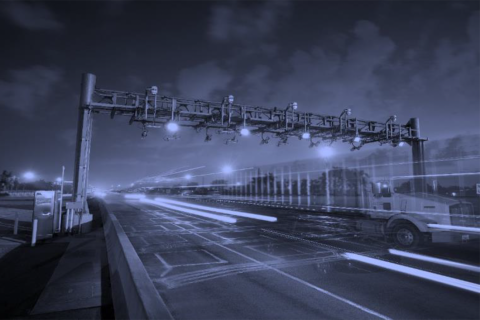 But “we still need to address long-term funding issues, so maybe (the fee) is part of a long-term solution,” the governor told reporters ahead of her annual State of the State address, scheduled for Wednesday.

Whitmer’s comments came after a toll road feasibility and implementation of studiesMichigan could generate about $1 billion a year in new revenue by charging 6 cents per mile tolls on 14 major highways, including large portions of Interstates 75, 94 and 96, according to projections.

The fully electronic toll program would essentially function as a mileage-based tax that could either replace or add to the traditional fuel taxes and registration fees that the state currently levies.

Converting highways to toll roads could be controversial and would require an “innovative approach” because of federal regulations, industry consultants concluded in a draft study first released last week by Bridge Michigan.

But the resulting revenue could offset projected reductions in traditional gas taxes on electric and fuel-efficient vehicles as part of a “long-term, financially sustainable transportation program,” the consultants wrote in a report prepared for the Michigan Department of Transportation.

Whitmer said Tuesday that she’s still fighting through it storm research but believes that “we need to start understanding what the research has come up with and then work out how it fits into a broader plan that is sustainable, that recognizes how the industry is changing and how our outdated road funding system needs to be addressed .”

Whitmer proposed increasing the fuel tax by 45 cents in 2019, but the Legislature rejected the proposal and the governor said she has no intention of seeking another fuel tax increase.

Industry consultants estimate the state could launch a fully electronic tolling program by 2028 and extend it for more than a decade. The report suggests tolls will begin on parts of Interstate 94 and expand in five years to all or parts of I-69, I-75, I-196, I-275, I-696 and M-14.

According to the study, 1,156 miles of freeways across the state could be converted to tolls within 14 years.