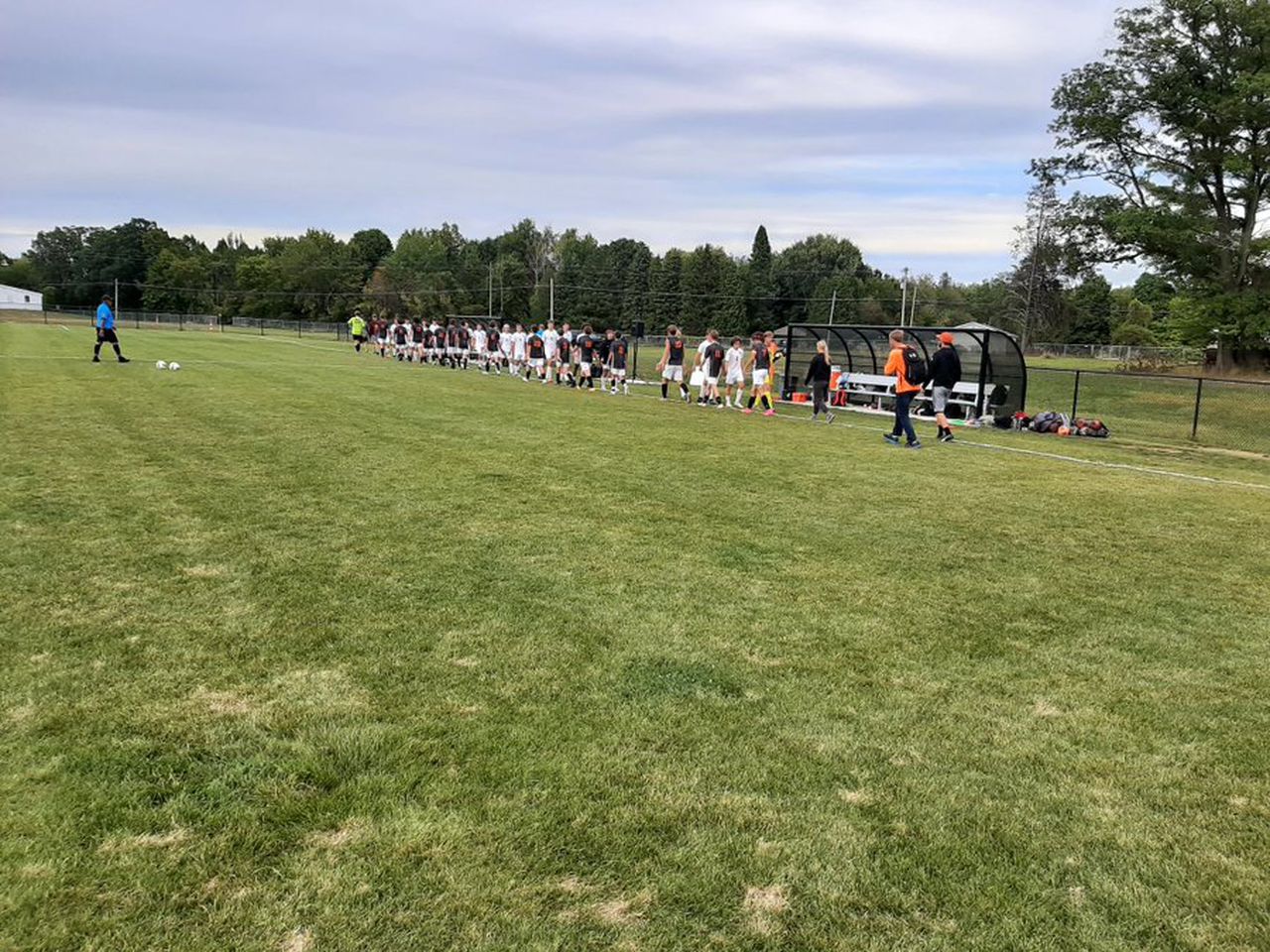 LESLIE – After 20 minutes with neither side able to break through, the Eaton Rapids soccer team got one on the board and then quickly began adding more in a 4-0 win over Leslie on Friday.

Eaton Rapids midfielder Myles Thompson played a part in it all, scoring in the 22nd, 34th and 49th minutes and assisting Braden Ellis’ goal in the 40th.

“I moved forward and we started running more and playing on the ground,” Thompson said. “It opened up and we made some adjustments and got a good look.”

Before Thompson scored his first goal, neither team could gain the upper hand. Leslie had an early chance when a header was deflected by Eton Rapids keeper Kyle Bush. In the 12th minute, Bush also reached a long ball before anyone on the Blackhawks could get to it. Alan Wang and Brogan Dodge’s shots flew over the bar later in the half.

“I think we had a lot better possession in those first 20 minutes, especially than we did earlier in the season,” Leslie coach Michael Compton said. “We’re starting to play as a team, connecting, talking to each other. We didn’t turn the ball over the first 20 times like we did in the second half.”

Once Eaton Rapids (9-2) took control, Leslie had very few chances the rest of the way.

Thompson’s first strike came after Leslie had trouble clearing the ball from the 18-yard box.

“I just saw an open opportunity and I just got the ball and finished,” Thompson said. “It had to be done.”

His second shot came after a pass from Ellis, returning a cross to Ellis, who scored 50 seconds before the break.

Leslie (2-10-1) had two shots on goal in the game, the first in the third minute and the next in the 76th when Bush was able to get a header from Tyler Burley after a long Dodge throw-in.

Eaton Rapids coach Mike Decker said his defense limited Leslie’s chances, which is the best he’s seen from them all season.

“We only conceded five goals all year. Those guys have been really good all year,” Decker said. “They just play fearlessly. The first half [Leslie] sometimes it was dangerous. They just kept plugging away.”

Cameron West also had a chance in the 77th minute but failed to clear the ball in the 6-yard box and Ethan Rapids cleared it.

Set Notepad++ as the default program in Windows 10