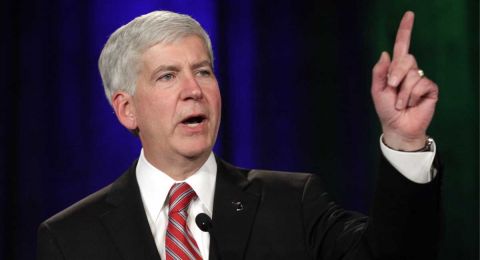 Therefore, Snyder and government officials will have to testify a civil court that brought four children from Flint against two engineering companies involved in the water crisis. Lawyers for officials argued that the Fifth Amendment entitles them to full immunity from any matters during civil proceedings.

Levy acknowledged in her 21-page opinion that Snyder and four officials – who are criminally charged for their actions or inaction in Flint – “will usually have the right to remain silent.” But their previous testimony in the civil case changed the count, the judge said.

“Thus, these petitions only discuss whether they waived in part or in whole their right against self-incrimination under the Fifth Amendment by voluntarily testifying during their civil testimony,” Levy wrote. “Each of the applicants voluntarily testified at the conclusion of the case, and now wishes to invoke the privilege against self-incrimination in the same case. They can’t do that. “

Judge Levy will hold a hearing on March 25 to further consider the defendants’ claims.

The civil trial began in late February after a jury was selected in a case filed by Flint’s four children against engineering companies Veolia North American and Lockwood, Andrews and Newnam, accused of negligence for their alleged role in drinking water pollution in the city. on lead. The companies advised the city of Flint on how it should manage its water supply system after in April 2014 it was forced to switch to an emergency source.