Ford begins construction of BlueOval City, the largest complex in the company’s history 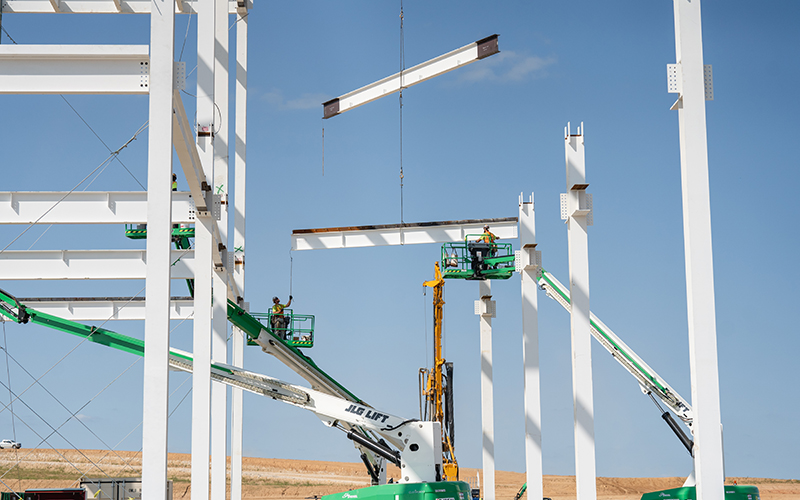 Today, Ford Motor Co. in Dearborn announced the opening of BlueOval City, the largest and most modern automotive complex in the company’s 119-year history.

The steel structures are now being erected less than a year after Ford and SK On announced a $5.6 billion investment to build an all-new electric truck and advanced batteries for future Ford and Lincoln vehicles in west Tennessee. The nearly 6-square-mile megacampus will create about 6,000 new jobs when production begins in 2025.

“We’re building the future here in West Tennessee,” says Eric Grubb, Ford’s director of new facilities construction. “This facility is the blueprint for Ford’s future manufacturing facilities and will allow Ford to assist in America’s transition to electric vehicles.”

With construction at the BlueOval City, Ford — America’s No. 2 electric vehicle brand in August sales — is moving closer to its goal of producing 2 million electric vehicles worldwide by the end of 2026.

“Ford’s historic investment in West Tennessee is a testament to our state’s strong business climate and unmatched workforce,” said Tennessee Governor Bill Lee. “BlueOval City will have a transformative impact on Tennesseans and our economy, and we are proud to have this global company call Haywood County home.”

In addition to working with local communities, Ford is partnering with the University of Tennessee to restore streams that flow through the university’s Lone Oaks Farm and expand STEM education for Tennessee students K-12thousand variety

Since March, when Ford and its construction partners began preparing the ground for construction, progress includes: