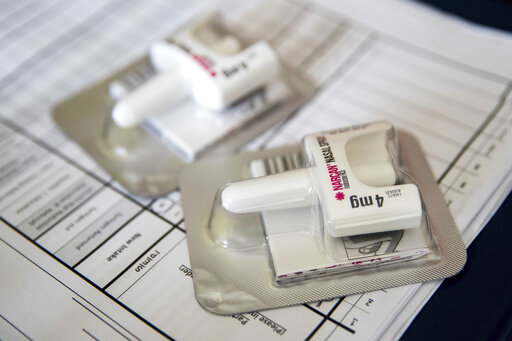 Naloxone is a drug that blocks opiate receptors in the nervous system and quickly reverses an opioid overdose if given in time to a person who has overdosed.

It can be life-saving when given to someone who has overdosed on opioids such as heroin, fentanyl or oxycodone.

The FDA has issued a notice that could help increase access to over-the-counter naloxone.

“This is very important for anyone trying to recover from opioid addiction,” said Patrick Patterson, executive director of Mid-Michigan Recovery Services. “We’ve had two dramatic rescues where patients overdosed here in the bathroom. It is traumatic,” he added.

According to the Center for Disease Controlin 2021, more than 107,000 Americans will die from an overdose. Nearly 75% of these overdoses involved opioids, including heroin and fentanyl.

“I don’t think it’s any more dangerous than giving other drugs like Claritin over the counter,” Patterson said.

That’s why Patterson stocks the drug and makes it available in his office.

“I strongly recommend that if you are an opioid user, you carry naloxone. In your purse, in your glove box, in your medicine cabinet, because if you need it, you need it right now. “Naloxone saves lives,” Patterson said.