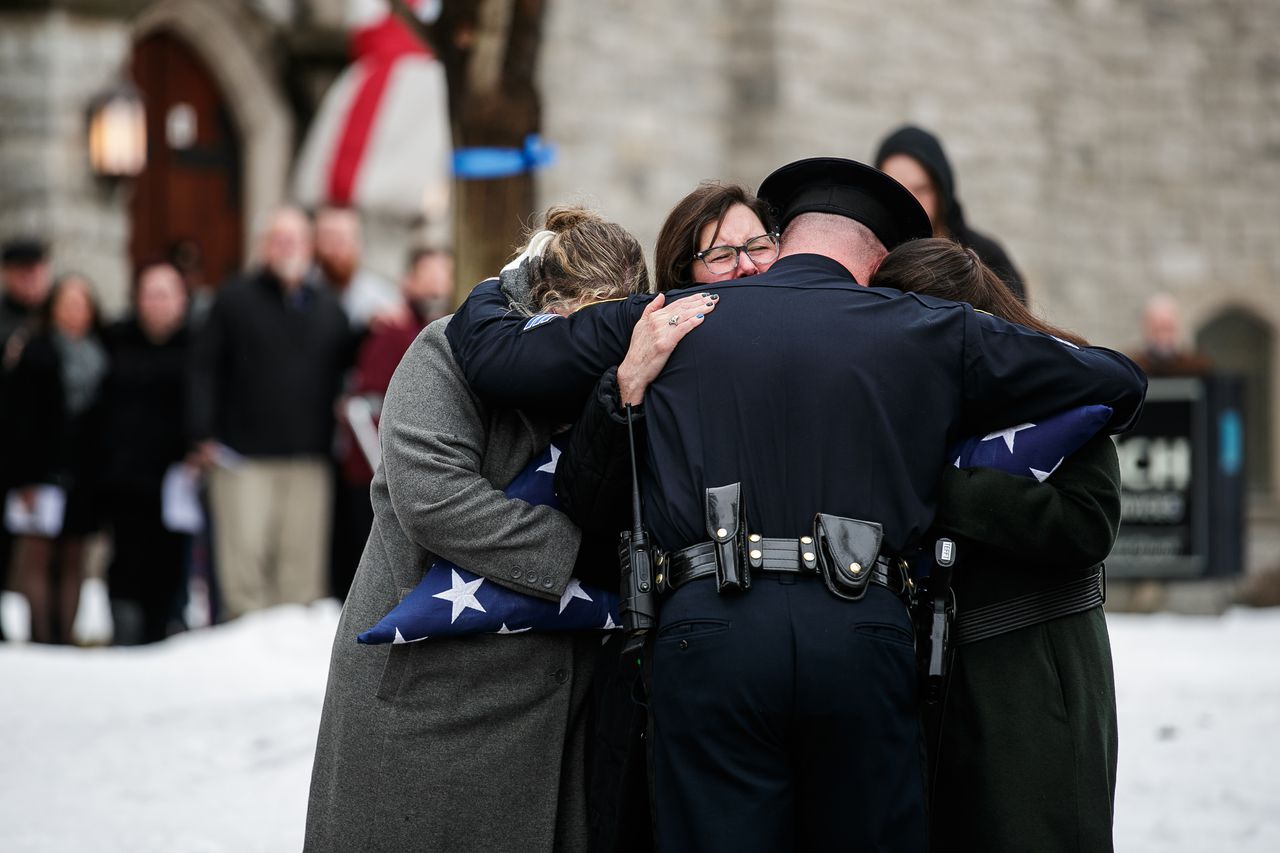 FLINT, Mich. – The family of a Flint police captain killed in a head-on crash on Elms Road in February is suing the family of a 16-year-old boy who has since been convicted of causing the crash.

Tina Birney, the widow of Flint Captain Colin Birney, who died in a Feb. 4 crash on his way home to Mount Morris Township, filed a lawsuit in Genesee County Circuit Court against James Andres and his son, seeking “reasonable compensation for Colin Birney’s conscious pain and suffering, if he was conscious between the accident and death,” more than $25,000.

The lawsuit, filed Sept. 13, seeks the loss of financial support and services Birney would have provided, as well as the loss of Birney’s membership.

Attorneys for Tina Birney did not immediately return a message seeking comment for this story. Andres did not comment on Thursday, September 22.

Colin Birney was killed when his Chevy Tahoe hit a Chevy Traverse head-on on Elms Road, between Mount Morris and Francis roads.

In August, the Montrose boy who crashed into Birnie’s Tahoe appeared before Genesee District Court Judge John A. Godola and pleaded guilty to one count of reckless driving resulting in death.

MLive-The Flint Journal is not identifying the boy because he is a juvenile. He is scheduled to be announced or sentenced to juvenile status next month.

According to the suit, Andres was the owner of the vehicle driven by his son, who had his express or implied consent, and is therefore liable for all injuries resulting from the accident.

The boy crossed the center line and failed to stop or yield to oncoming traffic during the crash, the lawsuit states. In addition, he was driving the vehicle at such a speed that he could not stop in time to prevent the accident.

During the last court hearing, the teenager admitted that in bad weather conditions he tried to overtake several cars at a very high speed.

When the cars he started to pass slowed down to get him back into the southbound lane, the teenager lost control of the car and veered into the northbound lane, striking Birney’s Chevrolet Tahoe.

Birney, who prosecutors say was on duty at the time of the crash, was taken to a local hospital where he died.

Birney was a staple of the Flint police community. He was president of the Flint Police Captains and Lieutenants Association Labor Council.

In 1988-1992, he was an active member of the US Marine Corps, participating in operations “Desert Shield” and “Desert Storm” in Iraq.

After his death, a large memorial service was held downtown as the community remembered the longtime Flint police officer.

While leaving a Flint police shift for home, the captain was killed in a head-on collision Friday

Prosecutors are investigating the case of a juvenile who crashed into and killed Flint Police Capt. Colin Birney