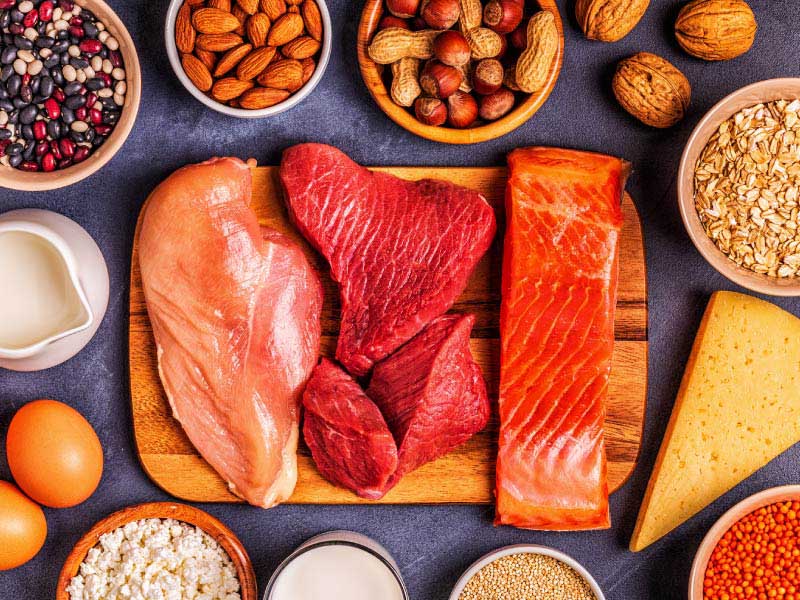 A new Chinese study has found that a balanced diet that includes protein from a variety of sources can reduce the risk of developing high blood pressure.

A study published Thursday in the Journal of the American Heart Association Hypertension found that Chinese adults whose diets included a wide variety of protein sources had a significantly lower risk of developing high blood pressure than those who consumed the least variety.

Nearly half of adults in the United States have high blood pressure, which is also called hypertension. It is a major risk factor for heart disease, stroke and other chronic diseases. Previous studies have shown a strong link between poor diet quality and a higher risk of cardiovascular disease, but studies analyzing the link between dietary protein and blood pressure levels have been controversial. The AHA recommends eating no more than 5.5 ounces of protein daily, about one to two servings from beneficial sources such as plants, seafood, low-fat or low-fat dairy products, and some low-fat meats and poultry.

In the study, the researchers analyzed data for 12,117 adults who participated in at least two of the seven rounds of the Chinese Health and Nutrition Survey between 1997 and 2015, with an average follow-up of six years. Slightly less than half of the participants, who averaged 41 years old, were men. Surveys were measured for three consecutive days during each round and assigned an estimate based on the number of different protein sources consumed by participants.

Participants who reported taking medication to lower blood pressure or had been diagnosed with high blood pressure since the last screening were considered new hypertensives.

“The message of heart health is that eating a balanced diet of protein from different sources, rather than focusing on a single source of dietary protein, can help prevent the development of high blood pressure,” said study author Dr. Xianhui Qin of Nanfang Hospital. , Southern Medical University in Guangzhou, China, said in a press release.

The story is provided by the American Heart Association. If you have any questions or comments regarding this story, please email editor@heart.org.