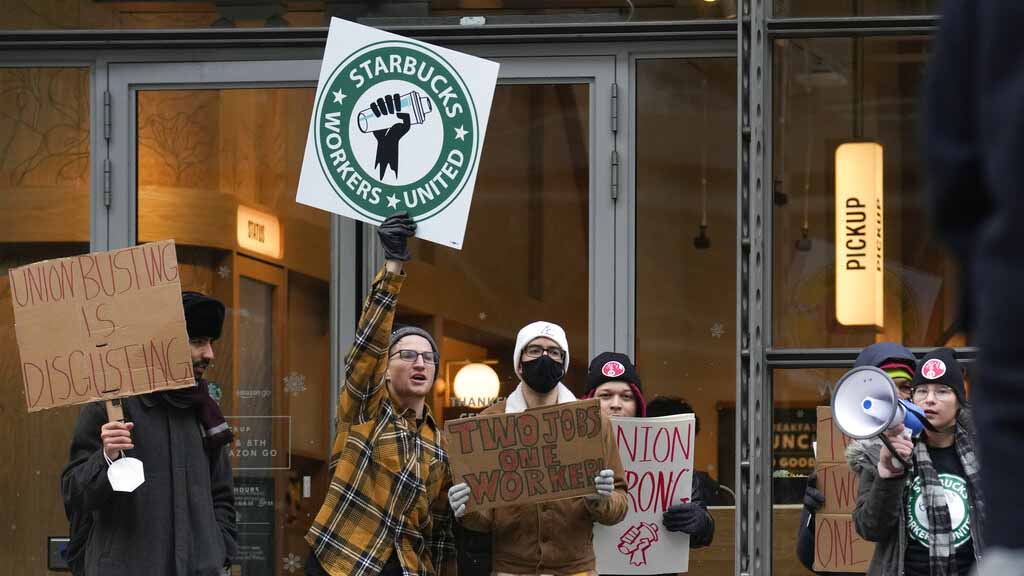 EAST LANSING, Mich. (WLNS) – What would have been one of Starbucks’ busiest days turned into a day of protest at many locations, including several in and around Lansing. That’s because hundreds of workers have walked off the job, they say, as part of an effort to unionize the coffee company.

Starbucks employees at more than 100 stores across the U.S. are on strike Thursday in the biggest labor action since the company’s store union campaign began last year.

It’s a nationwide demand for something that many Starbucks workers say the company lacks — attention and care for its employees.

“We really hope that because of this, the corporation will give us a better chance to review our contract with non-discrimination, better staffing and better clauses that should already be written for workers,” said Starbucks barista Cora Fontana.

These exits come on red cup day, one of the company’s busiest days of the year.

Cora Fontana, who has worked as a barista for more than a year, said days like these are usually understaffed, which makes her and her colleagues feel:

Fontana said she believes company leaders often put production ahead of the success of their employees.

“Just trying to make sure that our travel time is reduced so that we can continue to get our hours, but still not be fully staffed, so we’re almost set up for failure.”

The company said in a statement that they remain committed to creating a company that works for everyone.

The workers at the site received a great deal of support from passers-by and members of the Greater Lansing Democratic Socialist Party of America who stood by them.

“We are here to support the strike to be able to support our comrades who are striking for better benefits and better pay,” said Democratic Socialists of America Greater Lansing Secretary Ian Hyslop.

Starbucks and the union have begun contract negotiations at 53 stores with 13 additional sessions. At the moment, no arrangements have been made. Protesters in East Lansing say they’re just trying to get the corporation’s attention for positive change.