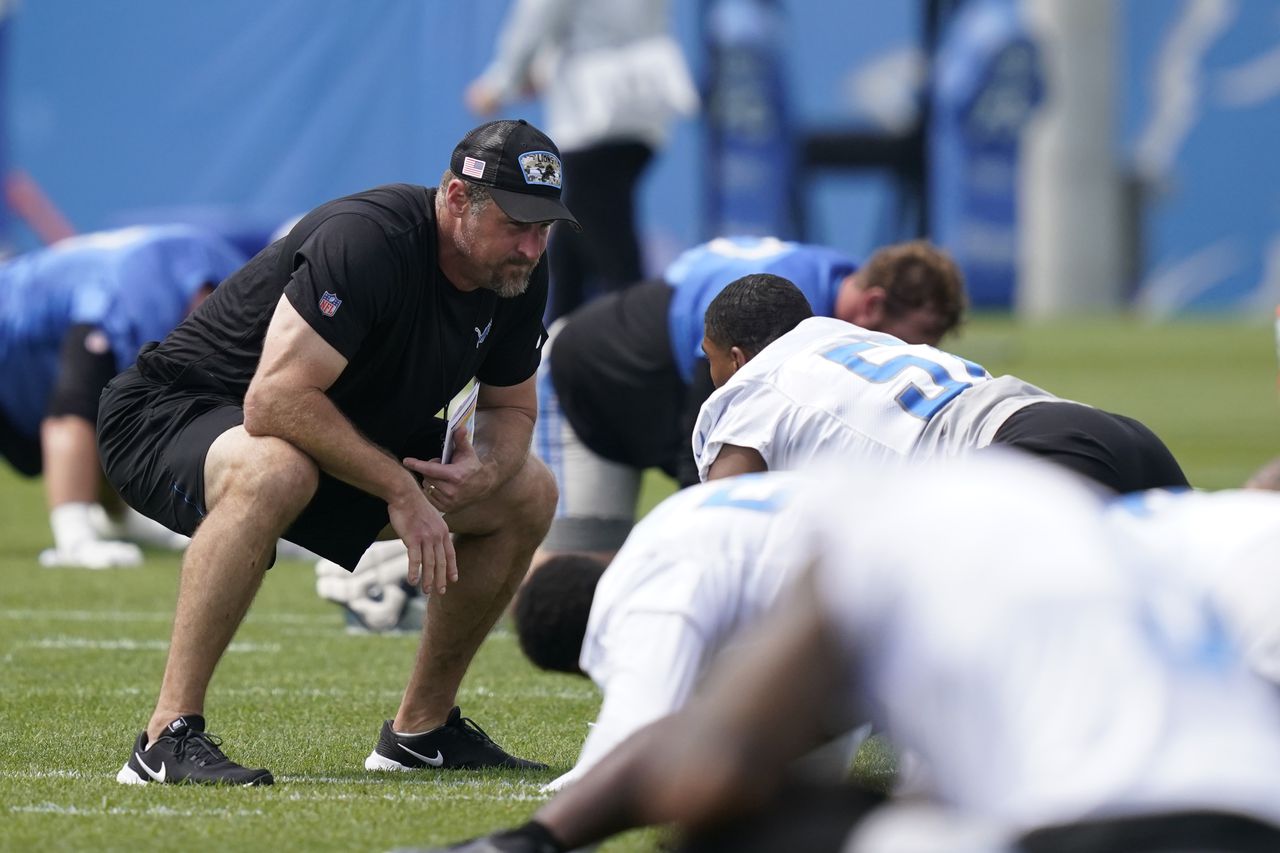 ALLEN PARK – It turns out that the speculation that Dan Campbell was going to be a Hard Knocks star was accurate. The Detroit Lions head coach set the tone for the first episode in the first five minutes with an impassioned team speech while working in some Metallica branding.

Campbell said he stayed up to watch the premiere episode, but that his phone kept cutting. The second-year head coach was getting a hard time from his college roommates for taking just two minutes to work Metallica into HBO’s “Hard Knocks.”

For those hungry for more information, analysis and reaction, MLive’s Dungeon of Doom podcast has you covered. Hosts Kyle Meinke and Ben Raven share their thoughts on Campbell, Aidan Hutchinson, Jamal Williams and the rest of the Hard Knocks stars, and what they expect to see more of in the coming weeks.

Watch below to listen. Subscribe to Dungeon of Doom wherever you get your podcasts – Acast, Spotify, an apple, Google — Watch Benjamin Raven and Kyle Meinke on Twitter.

Scientists may have already discovered a miracle solution to climate change