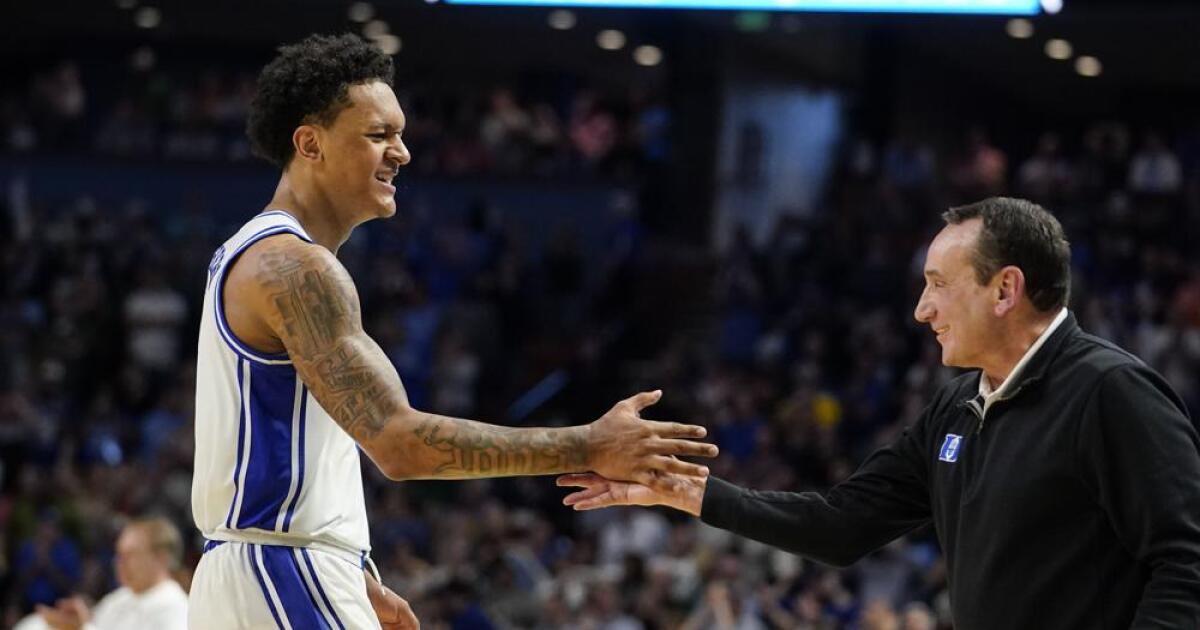 Duke survived a tense finish against Michigan and extended Mike Krzyzewski’s final series at the NCAA Tournament, defeating Tom Itzo Spartans 85-76 on Sunday in the bitter last fight of Hall of Fame coaches.

Star freshman Paolo Banchera scored 19 points and scored muscle in the goal ahead through a 2:05 contact, putting the Blue Devils (30-6) ahead to stay in a record 1200th victory in Krzyzewski’s career. Duke reached Sweet 16 for the 26th time under coach K., who announced last summer that his 42nd season in the Blue Devils would be his last.

These coaching milestones were against his longtime friend and frequent opponent. The 75-year-old Krzyzewski, who has five NCAA titles and 12 games in the final four, has improved to 13-3 against the 67-year-old Iso, who won the national championship in 2000 and reached eight final four.

Krzyzewski will continue his attempt to end his championship career when the second-seeded Blue Devils travel to San Francisco to play Texas Tech in the Western Region semifinals next week.

The “Blue Devils” sketched 61% after the break and 57% in the game, and they needed every piece of that output to survive against the Spartans, who are seeded seventh (23-13) in an exciting fight until the last minute. Gabe Brown scored 18 points and became the leader of Michigan.