Detroit residents are hearing new plans for downtown development, asking what’s in it for us? 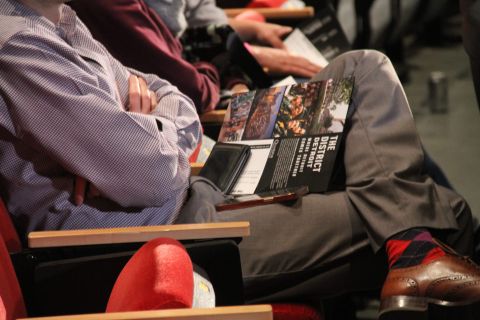 Two members of the advisory board will be nominated and elected by residents at the next meeting on December 6. The other four are chosen by the planning department, two are chosen by City Council members Coleman Young and Mary Waters, and the final contestant is chosen by Councilwoman Gabriela Santiago-Romero, who represents the project area.

The council and developers are tasked with negotiating a community benefits agreement, which is being enforced by Detroit on Civil Rights, Inclusion and Opportunity.

Roderica James, Owner The historic Cochrane House Inn, wants to serve on the advisory board. She told BridgeDetroit on Tuesday that the new developments could significantly affect her business in Brush Park, which is less than a mile from Ford Field, Little Caesars Arena and Comerica Park.

“A lot of times Detroit natives get lost in all the development that’s going on,” James said. “We need to talk about how we can work as a community to try to get ownership or at least great rental rates, because when the area gets more expensive, we’re often pushed out.”

James said Brush Park has changed a lot over the years, and those changes haven’t always benefited longtime residents. Funding for development is also an issue for Black Detroiters, she said. It took James five years to renovate the historic building that houses her family’s bed and breakfast business.