Detroit plans to create a “sandbox” for mobile companies. Will residents benefit? 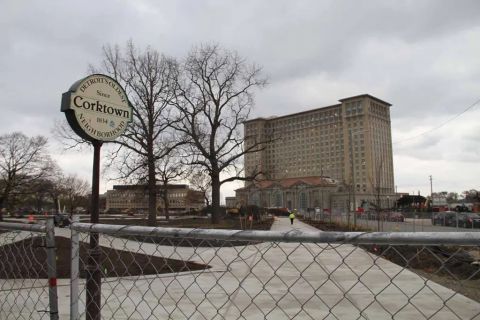 If passed, the ordinance would allow companies in the zone to obtain permits, licenses or other authorizations from the city’s Office of Innovative Mobility instead of the Department of Buildings, Safety, Engineering and Environmental Protection.

Slusser said having his office guide the permitting process will make it easier for smaller companies that don’t have the resources to navigate the city’s complex regulations. It also allows for more flexibility in issuing permits, Slusser said, since new technologies may not meet current definitions.

“The pace of innovation in this industry is just amazing, and it’s outpacing the regulatory environment,” Slusser said.

“It’s for the little guy, it’s for the startups, it’s for the black and brown innovators,” Slusser added. “Major players can already navigate the process. For the small ones, the six- to eight-month permitting process can mean the difference between whether that company exists or not.”

State documents show that future investment depends on the creation of an innovation zone in Detroit. State of Michigan seeks to invest $126 million to support the planned “innovation district” and already approved $207 million in tax credits. 7.5 million dollars economic development grant. It is also a component of the state Electric car plan for 2022which describes the zone as “streamlining access to test real-world mobility applications and electrification technologies.”

Two-thirds of the City Council — six of the nine members — must vote in favor of the ordinance amendment for it to pass. Councilman Coleman Young II asked his colleagues Tuesday to delay the decision for one week so he could meet with organizers from Detroit Disability Power. BridgeDetroit could not reach Young this week for comment.

Messeder said she was pleased Young postponed the vote to set up a meeting with her organization. Messeder said the group plans to meet with Young on Monday and wants to see more transparency around the proposed permits and consultation with the Office of Disability Affairs before approval.

“Our community doesn’t usually get into the normal processes, let alone something that happens quickly, and only a few key people will be evaluating permits and approving them,” Messeder said. “There’s not really a clear process for anyone in our community to come in and comment on it.”

Messeder also pointed to a line in the proposed ordinance that says the city can issue a permit even if a public place or public right-of-way is obstructed.

“One of the lines, at least to me, says that obstruction in public places is allowed, which is our main concern,” Messeder said. “We’ve seen scooters all over the city being left on sidewalks, and for people with mobility aids, it’s as much of a barrier as the curb. Where is the protection against such a situation?”

Stephen Handschu, a blind and longtime Detroit resident, spoke with BridgeDetroit while riding Lyft to a doctor’s appointment. He is among a group of Detroit residents who have complained about poor transportation services for the disabled. The public bus system is unreliable, Handschu said, but Detroit shouldn’t turn to companies to privatize service, as it did with Transdev, a paratransit contractor marred by reports of abysmal performance.

Lisa Franklin, founder of Warriors on Wheels of Metropolitan Detroit, said some of the promised benefits sound like “false hope” and “political publicity.” Ruth Johnson, director of public policy for Community Development Advocates of Detroit, also expressed concern about the city’s level of coverage during a November council committee meeting.

“I have asked this council, I have asked the city not to move forward with the Transportation Innovation Zone until the public, especially people with disabilities, are involved in all aspects of the planning of the proposed amendments, safety plans, deployment, evaluations, monitoring and reporting,” — Johnson said. “This is a very risky and dangerous experiment that endangers the health and safety of the public. Don’t sacrifice the mobility, health, safety and very lives of people with disabilities on the altar of the desires of billionaire mobility industry leaders.”

Todd Scott, executive director of the Detroit Greenways Coalition, said his nonprofit “generally supports” the proposal. However, he said the city needs to make sure the companies are operating within the law. Detroit had problems with electric scooters that do not have a city license, cluttering the sidewalks and creating other problems. Scott said mobility providers sometimes ignore legislative requirements out of convenience — Detroit should stand firm in its ability to deter drones and other types of vehicles that can cause chaos, he said.