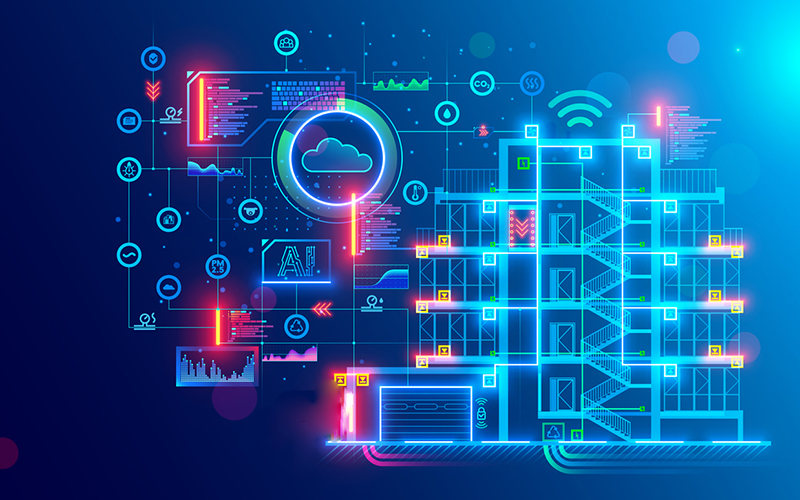 KODE Labs, a Detroit-based cloud-based smart building startup, has announced an $8 million Series A investment led by I Squared Capital and other strategic investors.

The company was founded in October 2017 by brothers Eddie and Etrit Demaji to make buildings smarter, healthier and more efficient.

“We are excited to partner with leading PropTech investors who provide not only the financial backing, but also the vast market experience necessary for growth. This funding will allow us to continue to invest in research and development, maintaining our competitive advantage,” says Etrit Demay.

To maximize the impact of digital technology on real estate, KODE has developed a platform that integrates all forms of building management and operational systems while reducing energy, carbon emissions and automating operations.

The company has launched on three continents, attracting some of the largest REITs, educational institutions and corporations in the world, and enabling customers and partners to seamlessly and affordably deploy smart buildings.

This follows the passage of the 2022 Infrastructure Investment and Jobs Act, which provides $369 billion in spending and clean energy tax credits to combat climate change. KODE officials say their platform has delivered energy savings of up to 30 percent and operational savings of up to 50 percent across various global portfolios.

“In order to meet today’s challenges and the growing needs of the buildings of the future, we have created software that solves them now, which ensures a high level of customer satisfaction,” says Eddy.

The brothers were born in Kosovo and moved to Detroit in 1999 as refugees during the Kosovo War. Their ties to both communities led to the company’s name (KO) for Kosovo and (DE) for Detroit. KODE has offices in Detroit and Kosovo.

Since its launch, KODE Labs has been involved in the smart building industry in North America, Europe and Australia. The company has partnerships with several Fortune 100 companies, including global REITs such as QuadReal, Bedrock Detroit and Stream Realty.

“KODE Labs is delivering significant reductions in energy consumption and carbon emissions in the anthropogenic environment,” says Peter Corsell, Global InfraTech Fund Partner at I Squared Capital. “We are extremely impressed with KODE’s technology, as well as Eddie and Etrit’s experience and ability to execute.”

Ranked #1 in North America and #2 globally for sustainability by GRESB in 2020, QuadReal has partnered with KODE to deploy its platform in more than 50 buildings over the past 18 months and now plans to roll out KODE OS across its portfolios of over $60 billion in assets.

“Over the past 24 months, we’ve evaluated many smart building software solutions, and the KODE OS platform outperforms the competition by a wide margin. Its ability to continue to deliver value and payback as new use cases require made this a no-brainer for us,” said Tana Lambrynas, Senior Vice President of Digital Buildings, Experience and Innovation at QuadReal Property Group.