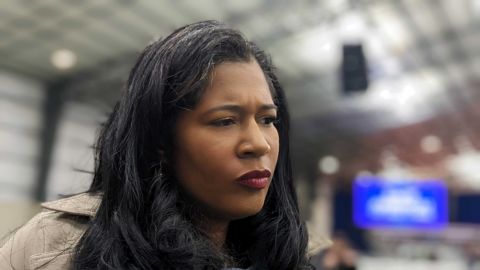 Until November 2020, few people outside of Oakland County knew who Christina Karamo was. Now she is a candidate for public office.

As a candidate in the Detroit election, Karamo rose to prominence after questioning the legitimacy of Michigan’s 2020 presidential election, saying she witnessed fraud at Detroit’s absentee ballot counting commission.

Her statements led to interviews on national conservative talk shows and attracted the attention of former President Donald Trump, who eventually endorsed her nomination for secretary of state.

Karamo will face Democratic incumbent Jocelyn Benson on Nov. 8, who oversaw the 2020 election and defended its accuracy.

Karamo, 37, is a former community college teacher who has worked in various educational and sales positions, as well as working as a trivia host.

Karamo studied at Oakland University and Biola University, studying communication and media studies and Christian apologetics, the study of facts in defense of Christian theology. She has two children.

Karamo gained fame in conservative circles after saying she witnessed fraud at the Detroit Absentee Vote Counting Commission while working as a candidate in the November 2020 election.

She filed an affidavit about the “incident report” document cited in the lawsuit to overturn the official results.

Among other things, Karamo alleged that the election supervisor ordered the clerk to “push” contested ballots that favored Democrats and that the ballots were delivered between 3:00 a.m. and 3:30 a.m., which was allegedly widely debunked.

As a candidate, Karamo frequently called for a “forensic audit” of the 2020 election and was supported by Trump.

She counts herself among the number “America First” a coalition of Trump secretary of state candidates whose supporters say they will address the election’s problems and critics say will find a way to guarantee Trump’s victory if he seeks re-election.

If elected, Karamo says she will continue to investigate allegations of election fraud, but that will not be her only task.

She also expressed interest in scrutinizing voting machines used throughout the state to verify their security and reducing regulations at secretary of state offices.

Karamo’s extreme theories about the 2020 elections have paid off criticism on a national scaleand Benson called her and Republican attorney general candidate Matthew DePerne election denialists who, if elected, would put them in positions where they could block or not certify election results they disagree with.

Karamo’s latest comments on social issues on her website and podcast raised eyebrows with critics who say comments likening abortion to child sacrifice, claiming LGBT people in same-sex relationships reflect society’s “sexual brokenness” and other inflammatory remarks made before she became a candidate should disqualify her the right to hold office.

In October 2021, Karamo spoke at a conference organized by prominent QAnon conspiracy theorists, although her company said she does not personally support QAnon.

Allegations by Karamo’s ex-husband in Oakland County divorce courts that Karamo at one point threatened to harm herself and her family also made national media coverage. Karamo has denied the allegations, and no other records have emerged to support the claims.