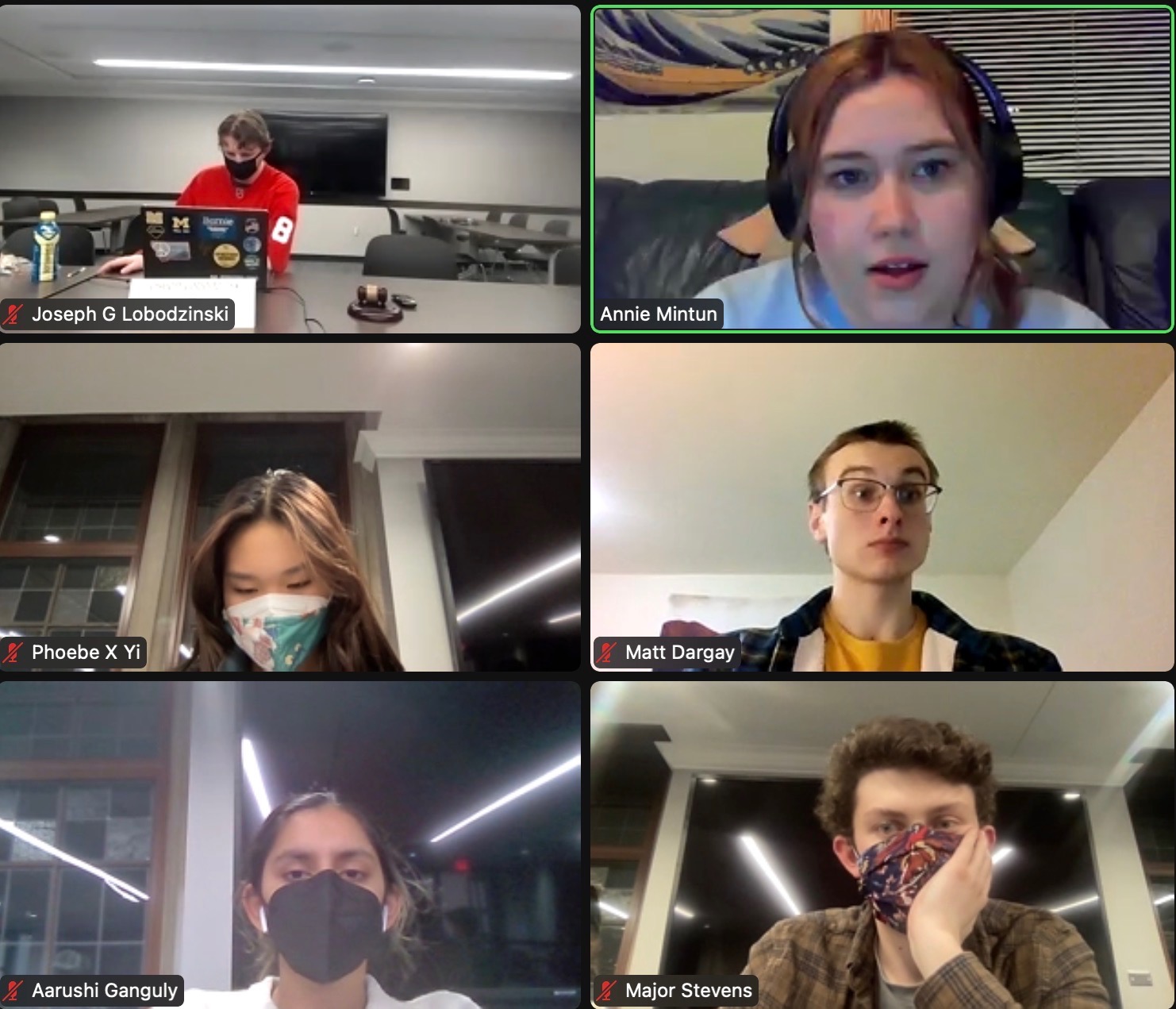 The Central Student Government met Tuesday night to discuss their initiative on social media Month of Black History, current disciplinary cases against UM law professor and a proposal to The minimum wage is $ 15 per hour for student workers.

Junior engineer Zainab Elkalali started the segment of the meeting on community issues by updating the assembly with draft resolutions. Among the projects that are currently underway – the decision to form Fr. student union students. Elkalala also discussed initiative add “Middle East” and “North African” as options for self-identification in all university forms and documents.

Deborah Ruka, a law student, discussed the continuation of the disciplinary case against the professor Laura N. Benny. Hands said she believes the trials unfairly discriminated against Benny, who is one of two in office Black women in law and single mothers.

“She made statements that lead us to believe that she was forced to bring her child to school when the child was infected with COVID, that she was punished for conducting classes at Zoom when several professors conducted all their classes at Zoom Out. for health problems and that she is no longer comfortable on the U of M campus, ”Hands said. “We don’t know exactly what’s going on, but it’s because the administration was extremely opaque.”

Junior engineer Maria Fields has expressed concern about CSG Black History Month Initiative. and criticized the lack of participation of other members of the Assembly.

“While these conversations are important … we have one opportunity if we can raise black people,” Fields said. “And you just see this lack of involvement.”

LSA sophomore Alan VanZandt responded to Fields by saying that the failure of Black History Month should not be due to racism or the general apathy of CSG members, but rather to the fact that the project was hastily drafted with little room for assembly members. contribution to the process.

“This can be interpreted as a stale apathy manifested by members of the Assembly and members (CSG) in general,” VanZandt said. “But I think given the haste of this project, I don’t see how it can be put (negatively) for anyone for the job.”

“The CSG is not only obliged to defend its efforts to combat racism, but also to celebrate the achievements of black people over time,” Arun said. “I’m just shocked that we’re still having a debate or a debate – it’s not a debate.”

Elkalali also expressed her disappointment at the ongoing discussion.

“We have black women literally saying,‘ It’s like standing up for us, ’and we’re still sitting here discussing it for an hour,” Elkalali said.

The meeting proceeded to discuss the resolution AR 11-065, which asks the university administration to introduce a minimum wage of $ 15 per hour for student workers. The Assembly heard sponsors of the resolution, who stressed value on raising the minimum wage.

LSA Senior Jozef Lobodinski, co-author of the resolution and vice speaker of the CSG, mentioned that last summer the Council of Regents approved an increase in the university’s minimum wage of $ 15 per hour for all temporary non-students, meaning students are paid less than their non-student counterparts for doing the same work.

LSA sophomore Jarek Schmanski, another co-author of the resolution, said the expansion underscores how students play an important role in the university’s activities but receive little support in return.

“If they didn’t work, they could spend more time doing activities, professional development, finding internships, career advancement and even just preparing for exams,” Shmansky said. “So they have suffered the most, but the university does not support them.”

Daily News Officer Samantha Rich can be contacted at sammrich@umich.edu.