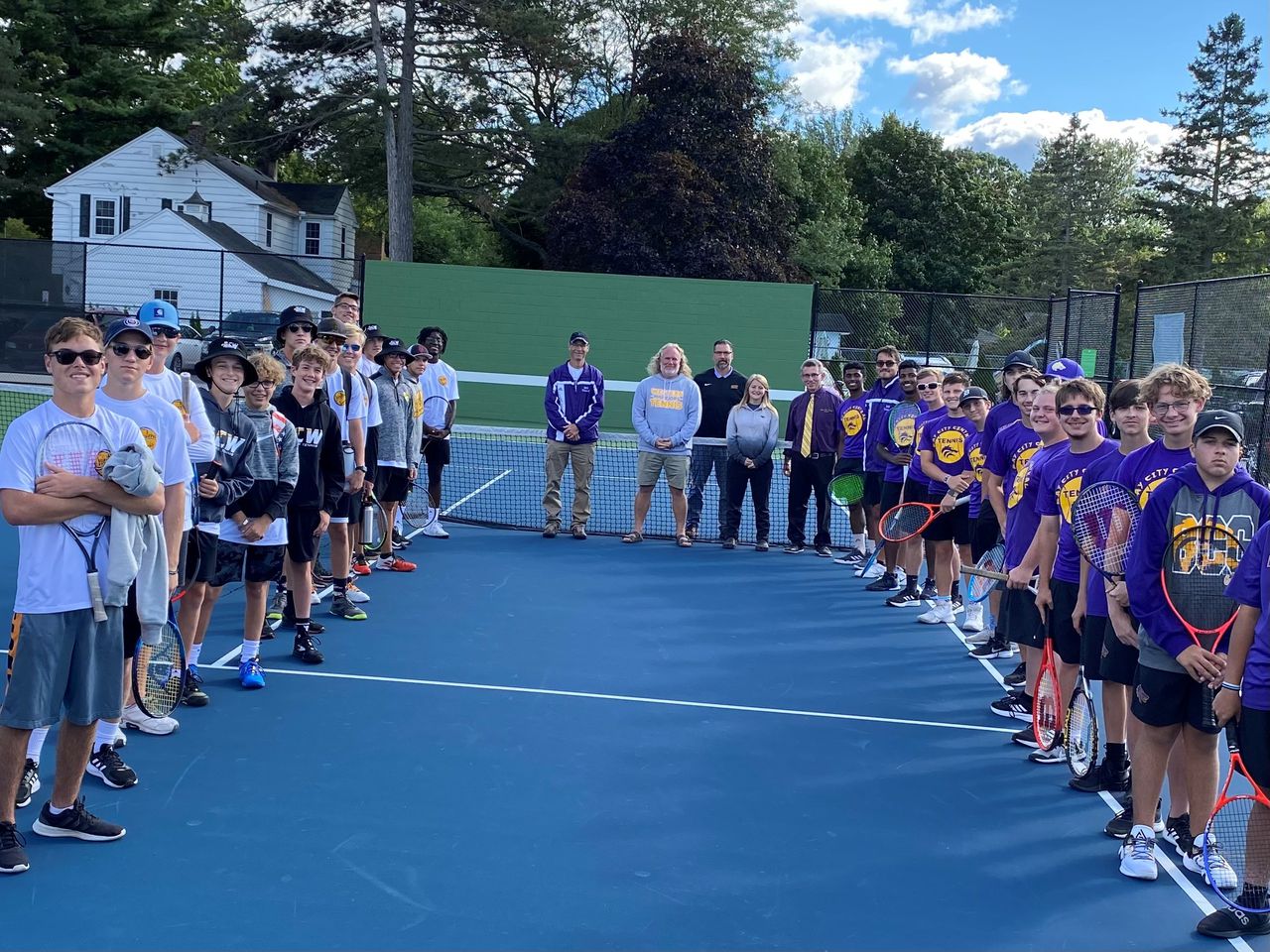 TENNIS: THE CENTRAL WEST IS SO CLOSER

A Bay City Western at Bay City Central tennis match is always a dud, from start to finish.

The day started with the voice of the Wolves, Mike Vincent, in charge of introductions and ended with a battle between the two teams. And between them, they had a tennis battle on equal footing.

“This is one of my favorite matches of the year,” Western coach Mike Rhode said. “We see Central so often during the regular season that the players on both teams kind of get to know each other, and our cooking tradition definitely makes it feel like it’s closer to friends than rivals.”

Western won with No. 1 singles Ty Machese and No. 1 doubles Jack Rosenbrock and Riley McKeon, No. 3 Nathan Harrison and Grant Roeder and No. 4 Merrick Young and Aiden Archuleta. Rosenbrock and McKeon came back from a set down to win a crucial three set.

Central singles wins with No. 2 Zephyr Doyen, No. 3 Matthew Thomas and No. 4 Zachary Luptowski entering the singles lineup for the first time and earning a key win. The second doubles team of Brandon Dine and Zander Taub won a three-set thriller that ended in a tie.

A strong and motivated Grand Blanc team was too much for Bay City Western, defeating the Warriors 25-20, 25-21, 25-11 at a cancer awareness night to remain undefeated in the Saginaw League- Valley.

“We played really well the first two games and did some good things defensively,” Western coach Melissa David said. “We missed some key pitches in both games. If we take these mistakes into account, the result could have been different.”

Western’s Katie Bote came up big with 18 digs in the contest, while Jenna DeRosia had five blocks and Avery Andrus had four digs. Breanna David had 13 digs, nine assists and six kills.

Bay City Central got a taste of a win and a loss in a three-team clash with Saginaw High and Midland Dow in Saginaw Valley League play.

“We took advantage of the free balls well (against Saginaw) and it was fun to watch the aggressive defense,” Central coach Christine Davila said. “It was hard for us to get into a rhythm (against Dow). We had a great conversation on the bench throughout the game and worked on different routes, but we just couldn’t put the ball away.”

Getting their first taste of fall weather, the John Glenn women’s golf team was victorious to improve to 4-0 on the season.

“The temperature and the wind didn’t slow them down,” Glenn coach Pete Remington said. “I’m proud of how well they did considering it’s the first time we’ve had to fight back when the temperature was below 60 degrees.”

Kiera Indo stayed hot with a medal in the round of 16. Quinn Kowalczyk shot a 54, while Addie Sugden and Addison Alexander combined for 56 for Glenn.

Love to read about local sports? Don’t miss a single exciting season. Buy a subscription now and get full access to every story on MLive!