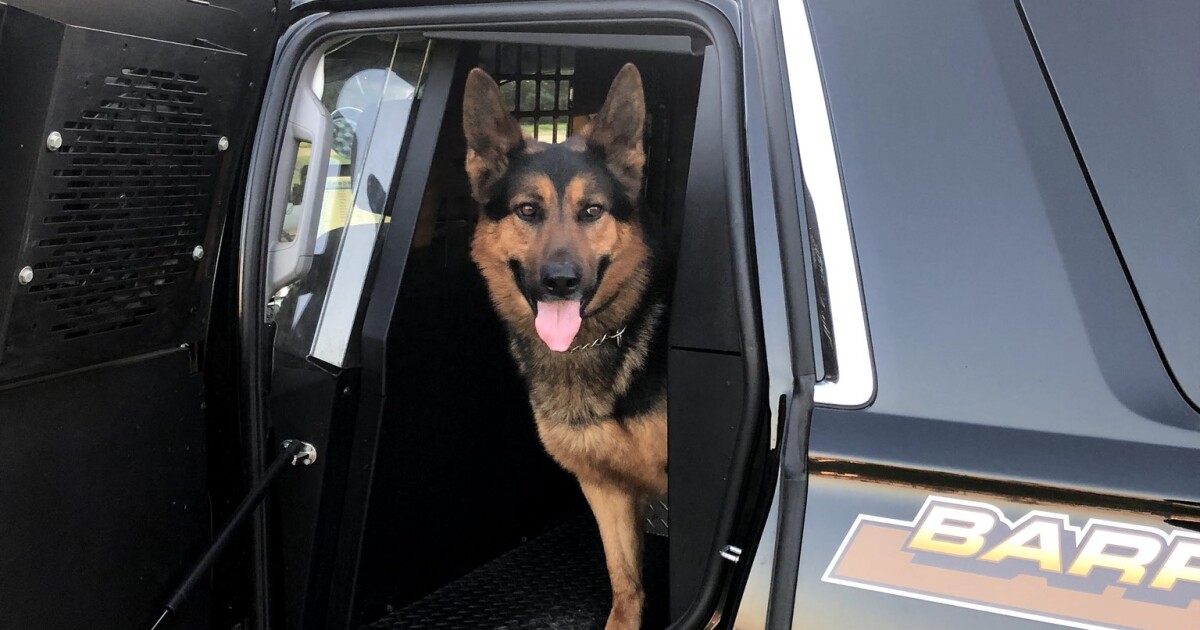 BARRY COUNTY, MI — A Barry County K9 has retired after nearly seven years on the job!

Grizzly retired on July 26, which was also his eighth birthday, according to the Barry County Sheriff.

We’re told Grizzly managed to find his first item on his first day with the department in December 2015.

Since then, he has helped track down countless suspects, missing persons, illegal drugs and more, deputies say.

The sheriff’s office tells us Grizzly will be spending his retirement watching TV and enjoying cheeseburgers with Deputy Moore, his supervisor.