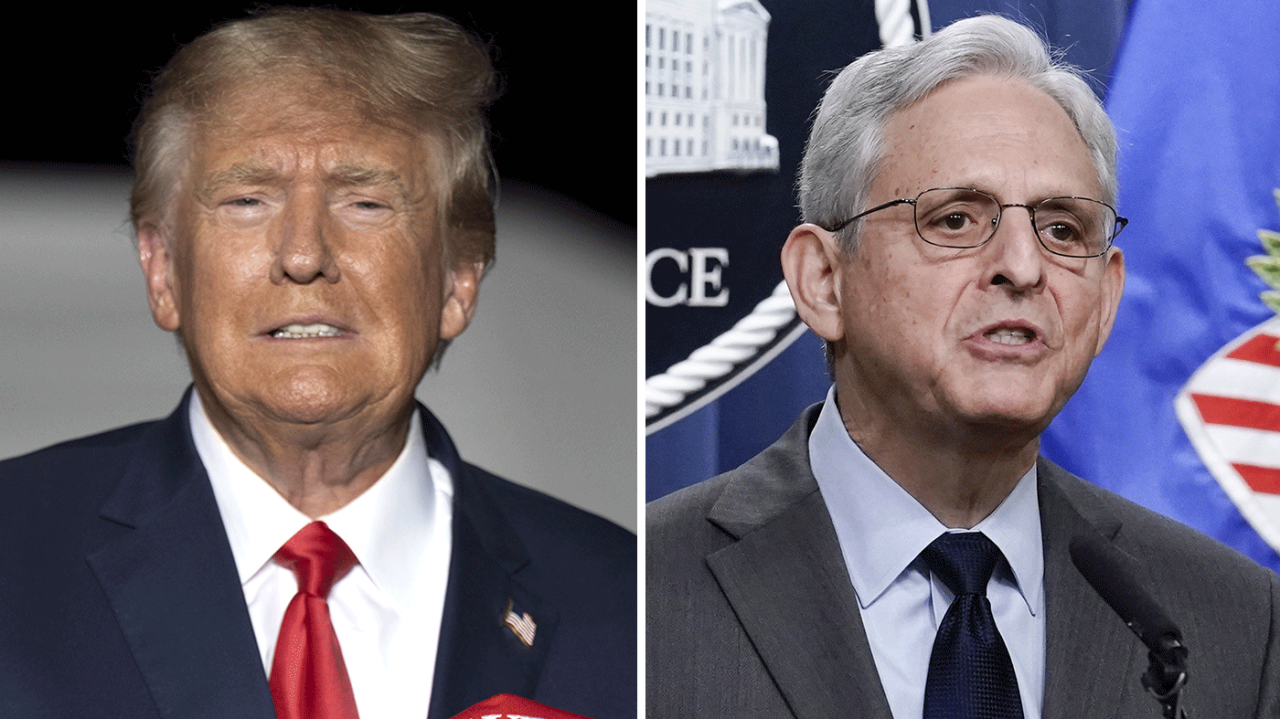 Attorney General Merrick Garland has appointed a special counsel to oversee the Justice Department’s investigation into Donald Trump, days after the former president announced his intention to run for office again in 2024.

Garland said Jack Smith, a longtime prosecutor and current war crimes investigator, will take over two investigations, one of which is the mishandling of classified government documents at Mar-a-Lago, as well as some aspects of the Jan. 6 investigation. 2021, which covers “whether any person or entity has unlawfully interfered with the transfer of power”.

Garland directly pointed to Trump’s announcement and a potential rematch with President Biden as “extraordinary circumstances” justifying the appointment.

“Based on recent events, including the former president’s announcement that he is a presidential candidate in the next election, and the current president’s stated intention to also be a candidate, I have concluded that it is in the public interest to appoint a special counsel.” Garland said.

“Such an appointment underscores the department’s commitment to both independence and accountability in particularly sensitive matters.”

The move is sure to surprise legal observers, many of whom have speculated loudly that it will do little good for the Justice Department.

Trump erupted at the news, told Fox News Digital in an interview Friday that he is a victim of the government’s ongoing witch hunt.

“I was going through it six years — six years I’ve been through this, and I’m not going to go through it again,” Trump said. “And I hope Republicans have the courage to fight this.”

Smith, who investigated war crimes in Kosovo through a post in The Hague, has left that post and will return to the US

A veteran prosecutor, he worked his way through the ranks at the Department of Justice since 1994, serving as an Assistant U.S. Attorney in New York and eventually as U.S. Attorney in Tennessee.

Smith’s new role will put him at the center of a political firestorm, and Robert Mueller’s recent investigation into Trump reveals the mechanisms for those in the Republican Party who may want to discredit any such investigations.

“I intend to conduct the assigned investigations, and any prosecutions that may result from them, independently and in the best traditions of the Department of Justice,” Smith said in a statement.

“Under my watch, the pace of investigations will not stop or stop. I will exercise an independent judgment and will conduct the investigation promptly and diligently to the conclusion that the facts and the law require.”

The appointment of the special counsel comes after the legal system has already shown Trump an unusual degree of deference: The Justice Department spent months communicating with his legal team about the missing documents and searched his Florida home only after his team ignored a subpoena to return them. all records. A judge later appointed a special master to review more than 10,000 government documents found on the property — a decision the Justice Department is challenging.

The special counsel will continue to report to Garland, a detail critics say ensures the Justice Department will not be able to avoid the inevitable complaints from Trump allies, who have for years repeated the former president’s claims that the department is politicized.

It will also complicate matters for the Justice Department, which may be eager to launch any potential prosecutions well before the 2024 election cycle rolls around.

Garland tried to address that in his speech in the Justice Department’s Great Hall.

“I will ensure that the special prosecutor is given the resources to do this work quickly and fully. “Given Mr. Smith’s work to date and experience in the prosecution, I am confident that this appointment will not delay the completion of these investigations,” he said.

Skeptics, who raised concerns as soon as reports began to circulate that the Justice Department was considering a special counsel, said making such an appointment to guard against claims of bias was foolish.

“It certainly won’t stop Trump Land from screaming ‘political.’ They could have appointed Mahatma Gandhi and he would have been criticized as a Biden puppet,” Jeff Robbins, an attorney now in private practice who has served as a federal prosecutor and Senate investigative counsel, told The Hill.

“But maybe it will help in the margins, among Americans who don’t feel like they have a dog on the hunt, to persuade some people to dismiss the charge that the charges, if they are brought, are nothing more than ‘politics.’ ” brought by someone who was directly appointed by Biden”.

Michael Bromwich, who served as DOJ inspector general during the Clinton administration and was the independent counsel prosecutor who investigated the Iran-Contra scandal, previously told The Hill that the choice would do little to protect the Department.

“If the purpose of appointing an independent counsel was to prevent criticism, it still wouldn’t work,” he said, calling it a “no-win” situation for Garland because people who “don’t like any prosecutor who decides to indict Trump are going to find way not to like it.’

Renato Mariotti, a former federal prosecutor, defended the move on Twitter, calling it a sign of the Justice Department’s serious intentions.

“If Merrick Garland did not think there was a serious possibility that Trump would be indicted, he would not have appointed a special counsel. He did not appoint Jack Smith to close these investigations,” he wrote.

“The special adviser offers a certain degree of independence and transparency, which is good. I don’t believe the special counsel will significantly delay the Trump investigation. The investigation is far from over, and the same FBI agents may be working for the special prosecutor.”

Trump pointed to the Justice Department as he launched his 2024 campaign, complaining that “I’m a victim” and listing the FBI among the “gravest threats to our civilization.”

“There is nothing greater than the use of weapons by the system, the FBI or the Department of Justice. We need to do a top-to-bottom overhaul to clean up the cesspools and corruption in Washington, D.C.,” he said.

“The journey ahead of us will not be easy,” Trump added. “Anyone who truly seeks to take on this rigged and corrupt system will face a firestorm few can fathom.”

The mechanics of the special counsel’s investigation are unclear, including how it will be staffed and whether existing attorneys in the case will change.

Garland, however, said the special prosecutor would not oversee the prosecution of those who entered the Capitol on Jan. 6.

“This does not include prosecutions currently in the District of Columbia or future investigations and prosecutions of individuals for offenses committed while they were physically present in the capital on January 6,” he said.