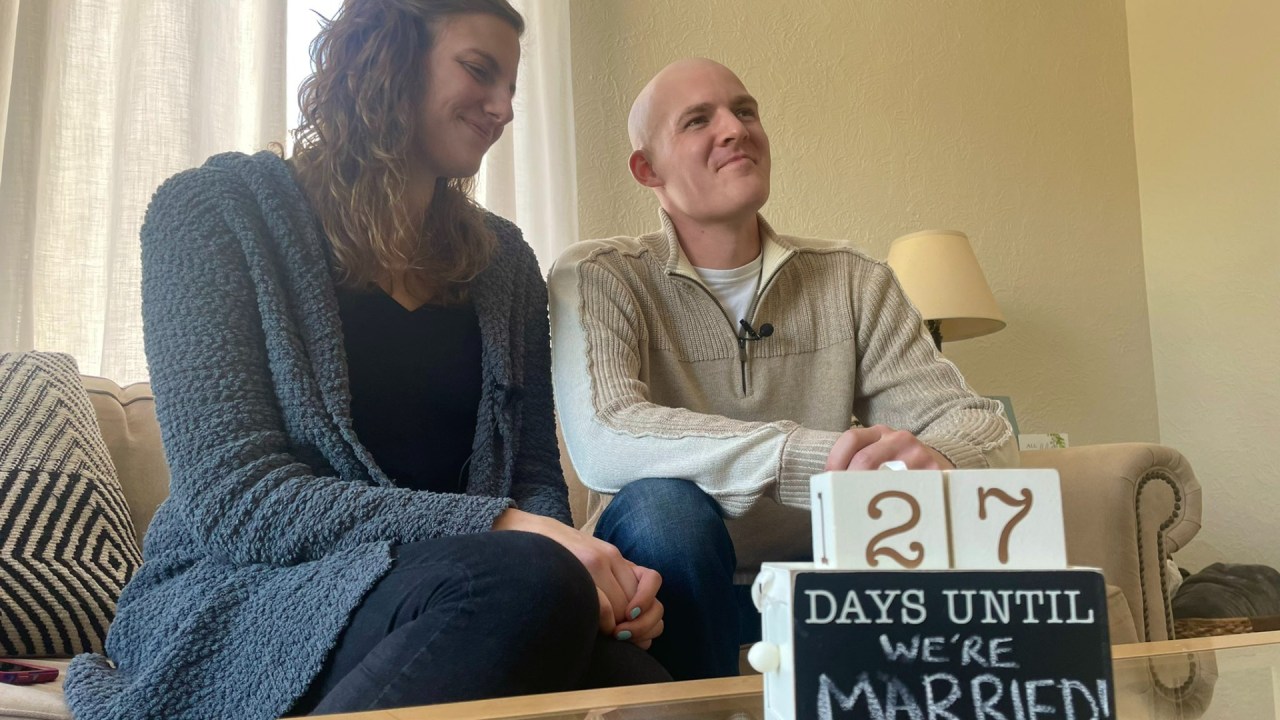 ZEALAND, Michigan (WOOD) – An engaged Zealand couple is experiencing the words “disease and health” after being diagnosed with cancer eight days apart.

Clay Slenk and Mariah Nellesen will be married on April 9, postponing their wedding day to fight cancer together as husband and wife.

Slenk and Nelesen got engaged on December 26, 2020. Graduates of the Dutch Christian High School in their 20s were in no hurry to go on the move.

“We had a long engagement (and) hoped to get married on June 10 this year,” Slenk said.

Shortly after saving the dates were sent out, cancer appeared in the picture.

“On January 11 this year, I was called to say that I had ovarian cancer,” said 23-year-old Nelesen. “It’s not a call no one expects to receive.”

Eight days later, her fiancé received a similar call. Slenka had a blood test done after he suffered from the side effects of pneumonia.

“Suddenly I got a call at about 8am and my doctor said,‘ I want you to go to Spectrum right now, I think you have leukemia, ’” 24-year-old Slenk said.

Slenko’s condition required immediate and aggressive treatment. He spent the next 40 days in hospital.

Meanwhile, Nelesen explored her own treatment options and began the process of freezing eggs, just one of the many options the couple faced.

They wasted time on anger.

“Why be angry?” Said Slenk. “If I’m angry and frustrated, depressed and negative, whatever it does, it will make this day a lot worse.”

Instead, they decided to do every day on the bill. The couple will get married in early April, postponing the wedding date to June to get married before Slenk’s most invasive treatment: a stem cell transplant.

“We postponed the wedding date to get married during that time,” he said. “So she would be here to take care of me and we could go through this difficult time together.”

It won’t be the wedding they envisioned, as Nelesen explained how cancer put everything in perspective.

“I was fascinated by the planning and excited by all the little details, such as where we were going to be and the food we were going to eat,” Nelesen said. “(Now), re-planning the wedding, I just threw it all out the window. No matter what, it will be a special day and we will enjoy burgers and grilled cheeks. ”

Building on their faith and supporting their family, the couple is comforted knowing they will get married soon.

“It’s not going to be easy, but we know it’s going to be more meaningful to go through it together,” Slenk said.

Slenk said he has edited his oaths since he was diagnosed with cancer as their connection has grown in those uncertain times.

“There will be a little more disease before health, but that’s okay,” he said.

A GoFundMe was created for those wishing to support the couple. You can also follow their journey through them CaringBridge page.