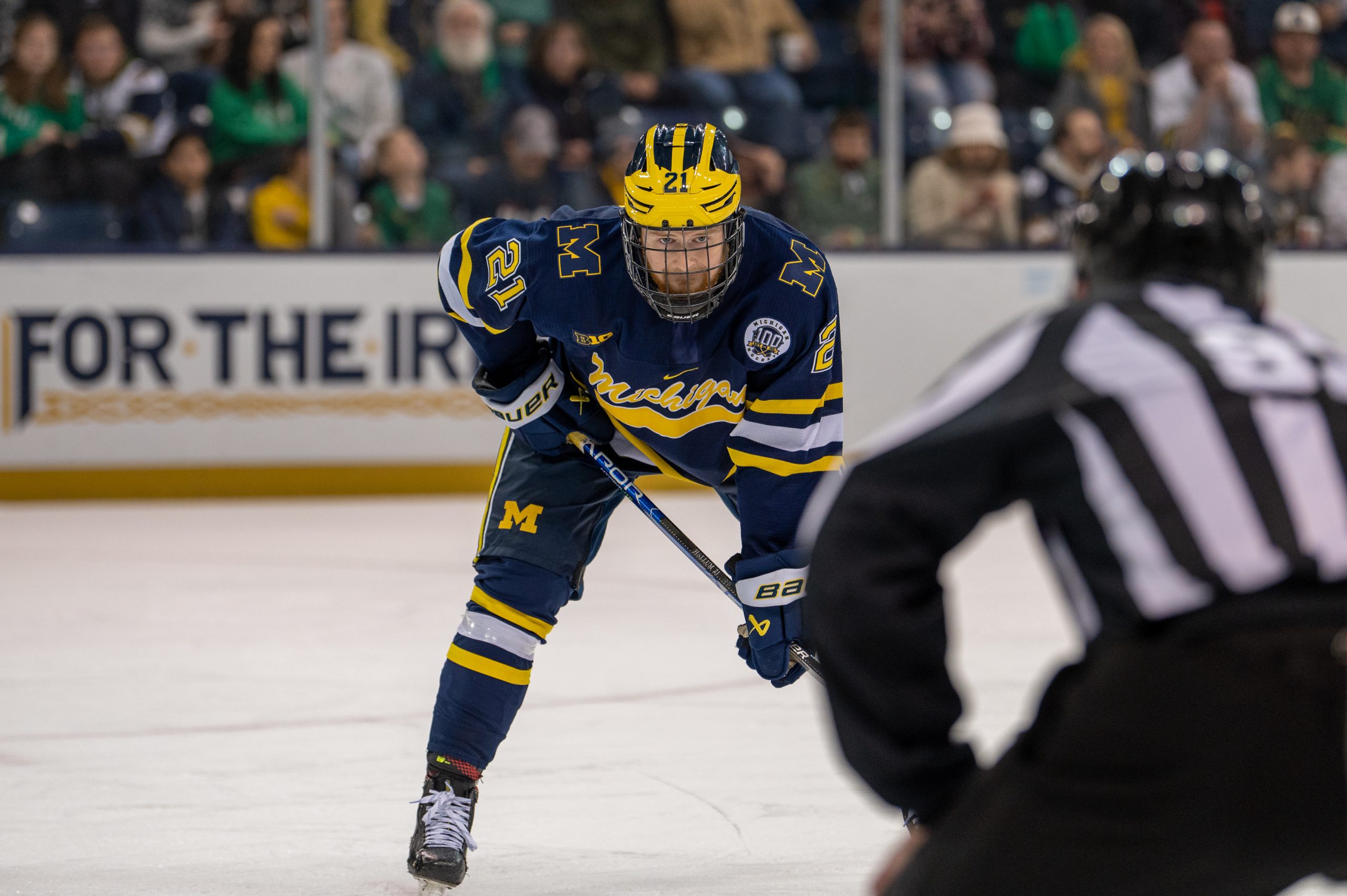 For the No. 3 Michigan hockey team, this week was characterized by nothing but a lot of misery.

With five typical players unable to play, a raging illness and a goalkeeper playing on the left wing, the losses continued to mount. Even when the two skaters who missed Friday’s game returned to the ice Saturday, they were replaced on the bench by two more.

But even with limited options available, the Wolverines still tried to fix the problems that cost them the night before. Or at least the ones they could control.

After turtles in its defensive zone on Friday, trying to limit the damage against a depleted roster, Michigan changed its game plan. From the drop of the puck, the Wolverines picked up the pace to create an offense they often lacked the day before.

To some extent, the change worked. In the first period alone, Michigan outscored Minnesota by eight — after losing a 10-point game Friday.

But even with the Wolverines’ increased shot count, the Gophers still struck first.

Halfway through the first period, Minnesota defenseman Jackson LaCombe took the puck from the left point, breaking the wrist of the high left corner to open the scoring. Gophers forward Rhett Pitlick soon followed with a one-timer before forward Matthew Nice added one on the power play in the second period, building Minnesota’s momentum.

Still, Michigan didn’t give up, even when down three goals and two skaters. With six and a half minutes left in the period, sophomore forward Dylan Duke put the puck past a diving Gopher goaltender Owen Bartaskevich to cut the deficit to two.

But Minnesota forward Jackson Nelson soon answered with a goal of his own, sucking the air out of Michigan.

It was perhaps most evident at the second-period buzzer, when the bench erupted after rookie forward Rutger McCarthy scored a last-second goal — only to be called too late moments later as just the latest blow in a never-ending scoring streak .

However, the Wolverines continued to fight. Duke hit another shot in the third period from out of bounds for his fourth goal of the weekend. But even when sophomore forward Maki Samaskiewicz quickly responded with a point goal on Nelson’s second goal of the night, Michigan never cut the deficit below two before the Gophers hit a 180-foot empty-netter.

And as time went on, so did the Wolverines’ chances of getting out of trouble. With barely enough players to field a playable lineup and several players limping to the bench throughout the game, Michigan was just too hurt.

After a week where the Wolverines got enough hits to last the season, they just didn’t have enough left in the tank Saturday to complete the comeback.