A woman arrested for protesting against the invasion of Ukraine speaks 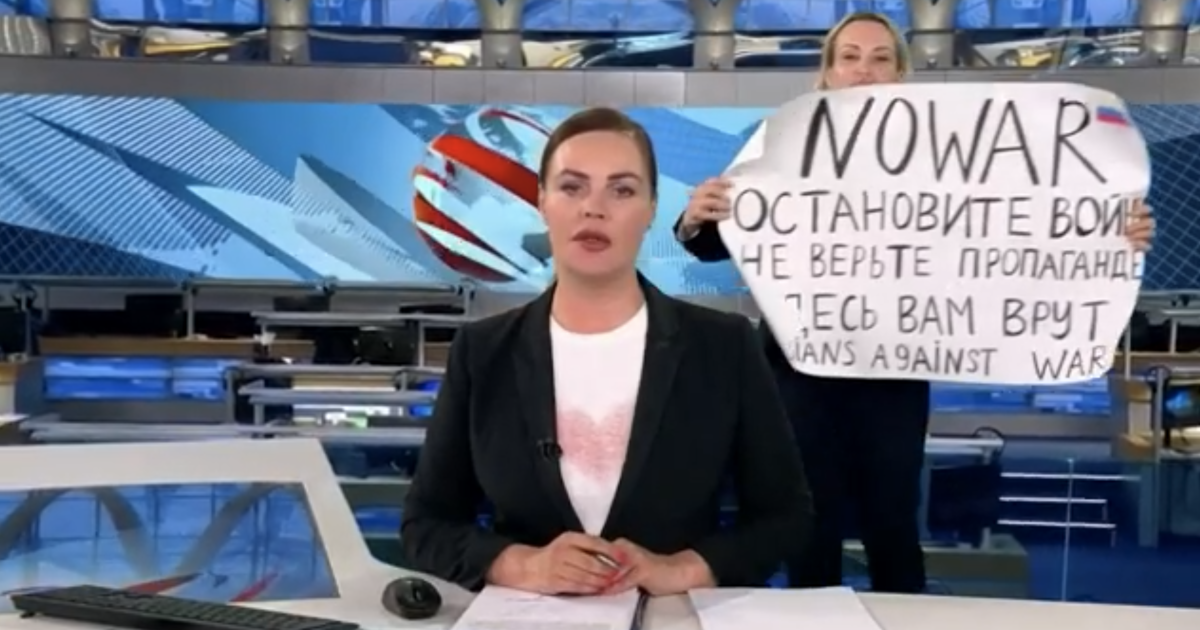 An employee of the Russian state television, who was arrested after disrupting a live broadcast in protest against the war in Ukraine, said she was not allowed to sleep in the police station and was interrogated for 14 hours.

“These were very difficult days of my life, because I literally did not sleep for two days, the interrogation lasted more than 14 hours, and I was not allowed to contact relatives and friends, did not provide any legal support. “- said Maryna Ovsyannikova after her release.

An employee of the First Channel Ovsyannikov went into the studio during the evening news broadcast on Monday with a poster “Stop the war, do not believe the propaganda, you are lying here.” In English, “No War” was written at the top of the poster and “Russians Against War” at the bottom.

In a video recorded before her rally, she called on Russians to join the anti-war protests and said that “Russia is an aggressor country, and one person, Vladimir Putin, is responsible for this aggression.”

She was fined 30,000 rubles (about $ 270) on charges of organizing unauthorized rallies for calling for anti-war demonstrations.

The state news agency TASS reported that Ovsyannikov was fined for the video, not for appearing in the news.

She remains under investigation for this broadcast, TASS reported, citing a source in law enforcement. Tass reports that Ovsyannikov is being investigated under a new law against the dissemination of “deliberately false information” about the use of Russian armed forces, which carries a prison sentence of up to 15 years.