A Kalamazoo man is facing federal drug and gun charges 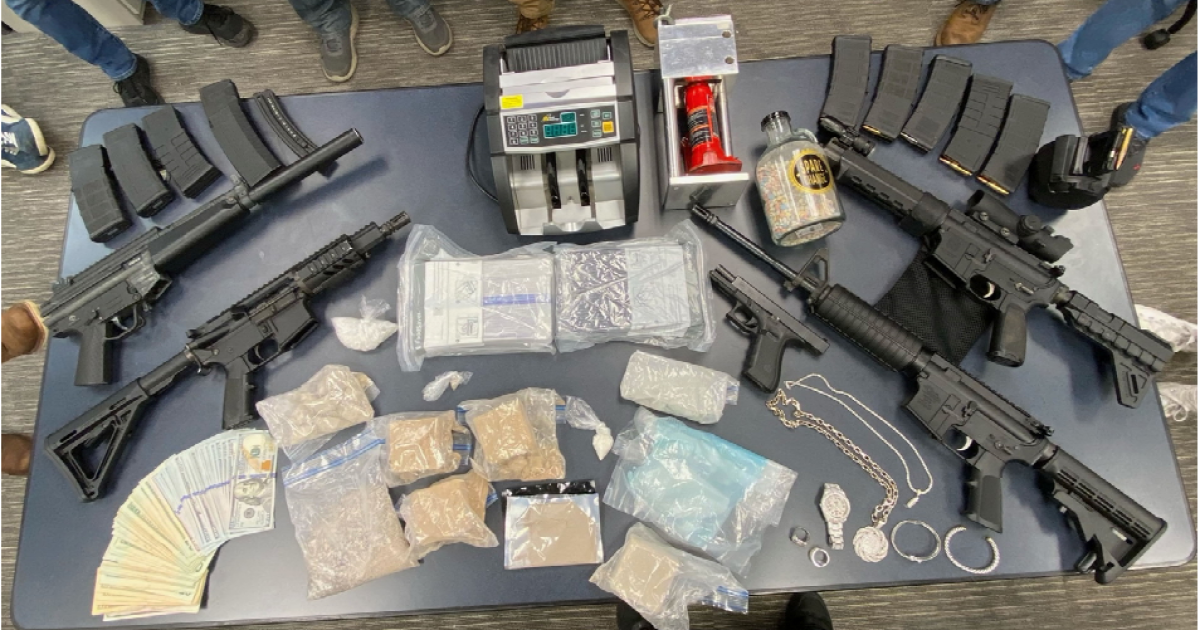 GRAND RAPIDS, Mich. — A Kalamazoo man has been arrested and charged with federal drug and gun crimes. He is 50-year-old Tyrone Henderson.

The Kalamazoo Valley Drug Enforcement Task Force (KVET) investigated Henderson for his involvement in the distribution of fentanyl and methamphetamine, according to the Department of Justice. After obtaining a search warrant for the residence, KVET found 2.3 kilograms of pure fentanyl, 1.3 kilograms of heroin and a mixture of fentanyl, 516 grams of heroin and 489 grams of methamphetamine. There were also digital scales, presses and other drug processing equipment.

Much of the methamphetamine seized from Henderson’s home was in pill form. It was disguised as ecstasy, a party drug.

During the search, four assault rifles, several magazines and cartridges were found. A loaded stolen handgun was also recovered. Due to Henderson’s prior felony convictions, he is prohibited from possessing a firearm.

“Given the extreme danger that fentanyl poses, we are fighting to save lives,” said U.S. Attorney Mark Totten. “According to the Kalamazoo Valley Law Enforcement Task Force, this is the largest seizure of fentanyl in the Kalamazoo area. My office, in coordination with our local and federal partners, is committed to stopping the spread of fentanyl, illegal drugs and guns in our community.”

“The Kalamazoo Valley law enforcement team is committed to reducing gun violence, which is often fueled by the illegal distribution of controlled substances, especially fentanyl,” said KVET Capt. Rafael Diaz. “This case represents many hours of investigation and cooperation with our federal partner, the DEA. And we look forward to continuing this relationship to support the greater Kalamazoo area in reducing the harmful effects of loss of life due to gun violence and overdoses.”