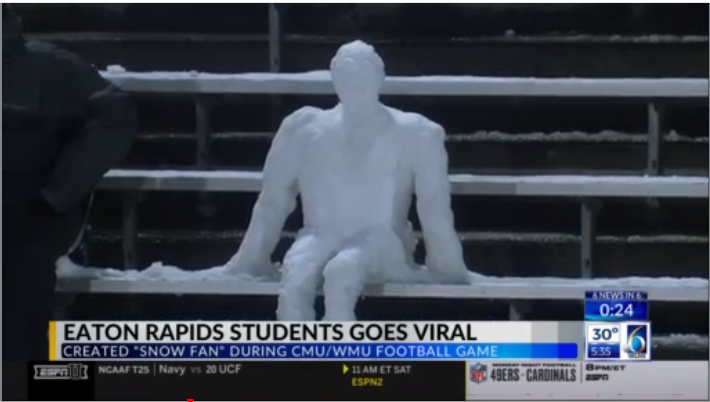 EATON RAPIDS, Mich. (WLNS) – An Eaton Rapids teenager is getting a lot of attention right now because of who she was sitting next to at a college football game.

She started taking pictures and at some point in the first quarter decided to snap a snowman.

It all started with a traditional game of three snowballs.

But then she thought to herself, This could be better.

“I’ve been taking art classes and I’ve been doing art since I was a kid, so I did a little bit of human anatomy and I did my little drawings and I wanted to bring it to life and just make snow and do it,” Zeller says.

Amanda says she used the snow that was on the benches and on the ground.

She ended up with what she calls a “snow fan” sometime during the break. You can see her creation in the video player above.