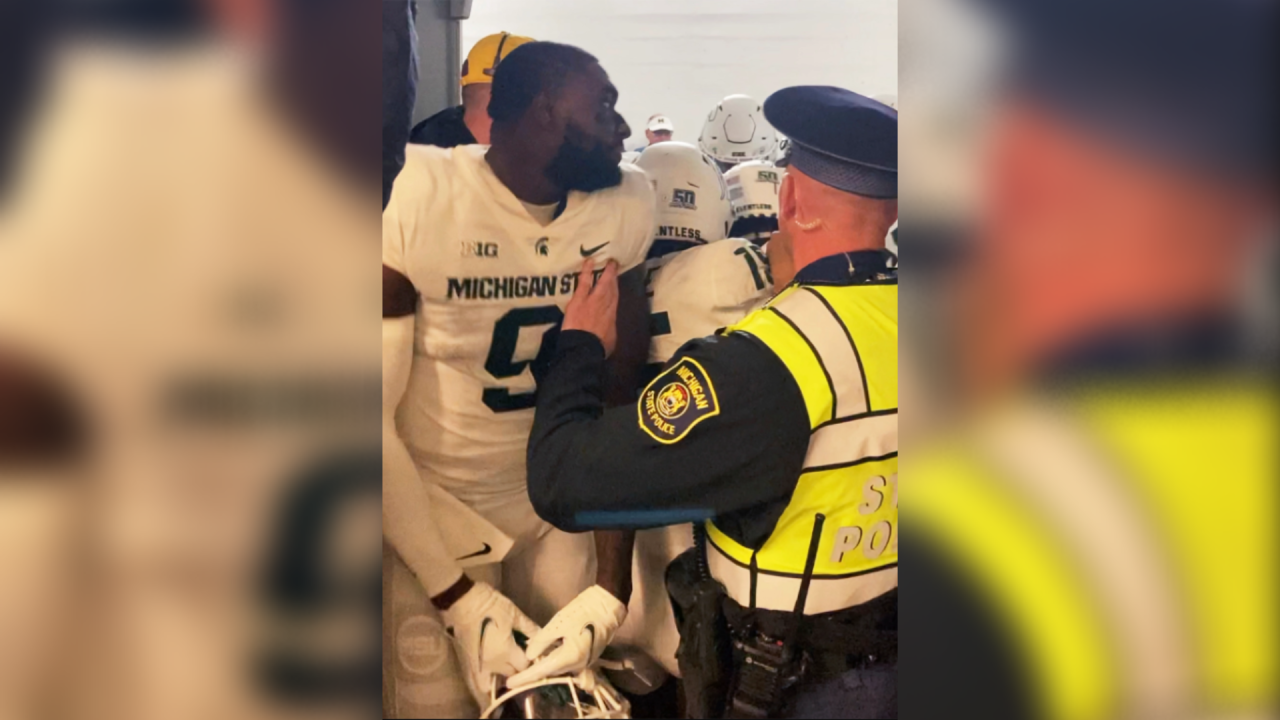 Both UM and MSU football programs will not comment publicly on the allegations — until the Big Ten Conference releases the results of its investigation.

To hear an expert break down the allegations and what they mean for the Spartans, click here.

Mike Nichols, the attorney representing Kerry Crump, responded to the allegations via posted video on Twitter.

Nichols described the charges as a “kick in the gut” for Crump, given that the charges were announced the day before Thanksgiving.

MSU Interim President Teresa K. Woodruff, Ph.D. said that while the university does not condone the actions of the football players on Oct. 29, the university will support the student-athletes.

The University and our athletic department will continue to review this matter and cooperate with any investigations.

While we do not condone the actions of some football players on October 29th, we will support our student-athletes in this process. They are students first, and their academic journey continues. MSU strongly believes in restorative justice practices and education around harmful practices.

I do not condone the inappropriate behavior of anyone on our campus or those who represent MSU. And the consequences that were announced today are part of the learning environment. But I also believe that as universities, we need to make our respective environments a safe place to compete. The rivalry between our two schools predates the current presidents and is likely to continue long into the future. But student success is more important than any score, and I am committed to working with the University of Michigan to ensure that success on the field and in all the places and places where rivalries shorten any student’s path to that success. My commitment is to make changes relevant to this goal and report back to the community before the end of the year.

​Michigan is a state of opportunity with outstanding research universities and incredible faculty, staff, students and athletic teams. Working not as adversaries, but on behalf of our shared educational mission will enable a positive future for all.”

In a statement posted on Twitter, UM President Santa J. Ona expressed concern for all participants.

At the University of Michigan, we appreciate the thoughtful, deliberate approach of the Washtenaw County District Attorney’s Office to this unfortunate incident. We also want to express our concern for all the players involved, especially those injured. The University of Michigan will continue to cooperate fully with any additional reviews of this matter.”

Police investigation in hand-to-hand combat in the Michigan Stadium tunnel It was turned over to the Washtenaw County District Attorney’s Office on Nov. 13 for review.

Michigan State coach Mel Tucker suspended eight players for their part in the hand-to-hand fight and they served time 27-21 win over Rutgers.

Harbaugh said quarterback Jemon Green was hit by a Spartans player, sparking an altercation shortly after the Wolverines beat their in-state rivals, and that teammate Ja’Dan McBurrows was attacked while trying to help.

Green was left with a concussion that kept him out for one game before returning A 34-3 Michigan win over Nebraska.

Michigan increased the security presence in and around the tunnel and prevented the Wolverines from entering it until every Nebraska player had left the field at halftime and after the game.

This is a developing story. Stay tuned on air and online as more information becomes available.